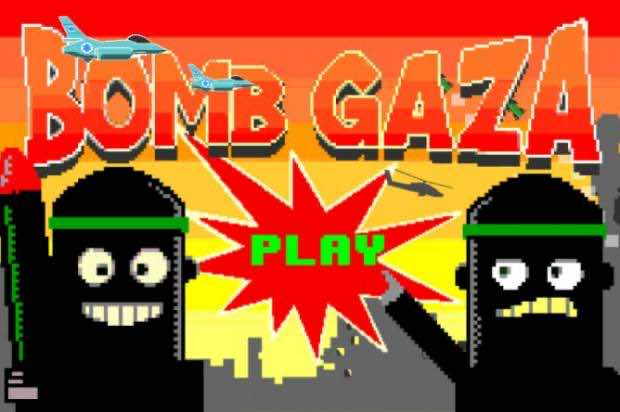 Rabat – “The Orient is watched, since its almost (but never quite) offensive behavior issues out of a reservoir of infinite peculiarity; the European, whose sensibility tours the Orient, is a watcher, never involved, always detached, always ready for new examples of what the Description de l’Egypte called “bizarre jouissance.” The Orient becomes a living tableau of queerness.” Edward Said, Orientalism

Visiting the old medina is a phenomenon that completely occupies a researcher’s mind. In the last couple of years, regrettably, the medina looks to be invaded and occupied by untraditionally “modern” equipment coming from without. This universe is given a new look. The traditional values are gradually swept away. It is mournful. The fact is that ceramic and local wares are being substituted by new fashionable clothes, electronic devices and the like. What intrigues me is the increasing number and rampant growth of arcades, grocery stores, shopping centers, and chain stores. Evidently, this computerized society—due to our offspring’s encroachment on new technological devices such as TVs, virtual reality, computers, cameras, video-games, and so forth—will create an alienated and lost generation.

As it happens, I believe that it behooves researchers to dwell on this growing phenomenon; my fastidious observation of various videogame stores and the content of videogames leads me to suggest that videogames constitute a coherent ideology. They, in one way or another, entail certain cultural, and in some cases religious, orientations and values of certain communities—not to mention the deliberate misrepresentation of certain communities, such as Arabs or Muslims. Moreover, these computer games are organized into what is sometimes called “videology.”

Videogames are novel forms of audio-visual media and visual representation. They transcend their anticipated raison d’être. Accordingly, they have an incredible influence on children’s attitudes. “Under Ash,” “Special Force,” “Heavy Fire,” “Desert Strike,” “Prince of Persia,” “Command Conquers Generals,” and “Assassin’s Creed” are some videogames that directly channel the issues of (mis)representation. Recent videogames launched during the Israeli attack and siege on Gaza—where the latter is depicted as being set in a series of tunnels in which hides Hamas—are a total miss. “Bomb Gaza”  is the most outrageous game ever launched by gaming company PlayFTW. Games like this have consolidated the antagonistic interplay of the orthodox binary divisions of, borrowing from Said, the ‘Self’ and the ‘Other.’ Ultimately defining and delimiting the ontology of the Western “Selfhood” is premised upon the representation, and the construction of Eastern “Otherness” as such.

In the academic realm, it is normal that postcolonial critics have been silent on many contemporary issues. As such, video games have not yet provoked substantial concern. Admittedly, research on the psychological effects of video games on our children is very limited. The little research undertaken in media and not just video games in particular, has demonstrated negative effects in relation to stereotyping. On the one hand, video games are a major entertainment medium and enculturation force for today’s young generation. On the other, they are used as an ideological means that inoculate western imperialist discourse into our teenagers’ mind. How cliché that in the last few decades, videogames have added extra layers within this generation, as well as reaching an even wider audience. It is also known that our generation plays games more than reads books, which is yet another cause for mourning.

Being on the issue of video game representation, this paper might forecast some of the potential unforeseen repercussions of these games for Arab youth. Colonial discourse is inevitably ubiquitous: most Western narratives are based on and saturated with interminable binary opposition that privileges the “civilized” Self over the “backward” Other. …This idiosyncratic mode of existence of the Western “Self” evokes a kind of unremitting resistance or counter discourse on the part of postcolonial subjects, “Other.” As such, we on the ‘other side should be at pains to contrapuntally read and immunize this orientalist fever that has sprawled into our culture and we should do without the colonial enterprises. To quote a few lines from the Palestinian American intellectual Edward Said in his 1981 book Covering Islam: How the Media and the Experts Determine How We See the Rest of the World, ” The analysis of the relationship between the Self, the occident, and the “Other,” the orient, is at the heart of post-colonialism.”

Instead of scholarship, we resort to journalists making extravagant statements, which are instantly picked up and further dramatized by the media. Looming over their work is the slippery concept, to which they constantly allude, of “fundamentalism,” a word that has come to be associated almost automatically with Islam, although it has a flourishing, usually elided relationship with Christianity, Judaism, and Hinduism. The deliberately created associations between Islam and fundamentalism ensure that the average reader comes to see Islam and fundamentalism as essentially the same thing.

It is clear that these representations of the “Other” as terrorists, criminals, and killers have generated a kind of discourse. More often than not, this knowledge is produced by scholars, novelists, anthropologists, and in our framework, video game companies. All founders of the orientalist discussion are a far cry from being either scientific or exact. Moreover, video games sublimate a colonialist discourse in the sense that the “Other,” mostly in the incarnation of a terrorist, is treated on the basis of denial, dehumanization, belittlement, tokenism, and exploitation.

Consequently, the onus falls on every cultural and social researcher to develop a critical attentiveness towards our children. Intellectually, it is an appeal against these prejudices and misrepresentations of the populace; at the same time, it is an appeal for third-spacing or subverting the aforementioned binary division, and shunning this glib reductionism and Western essentialism as well. These divisions are reiterating the cryptic orientalist discourses on the Orient. The aforesaid vilifications and reductionist representations blur the boundaries between the West and the Rest and therefore offer no interstice of peace. Undoubtedly, such biased and malicious representations have their finger on advancing the millennial thesis that militant Islam is a danger to the West. This has (mis)led- and will lead- so many people to believe that Islam is a religion of war, violence, bloodshed, and mass murderers who only seek the thrill of the kill. This kind of thinking will have dire repercussions on future generations.