Morocco World News
Home Economy Morocco: A Loan of 44 Million Dirhams to a Fruit Factory in... 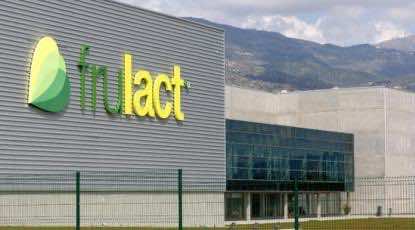 Frulact Morocco, the Moroccan subsidiary of the Portuguese company Frulact, will receive the EBRD loan to finance the development of its second factory in Larache, located about 92km from Tangier, which is dedicated to the primary processing of fruits such as strawberries, peaches, apricots and figs, aiming at yogurt markets that focus on fruits.

The development of the factory would enable its production to increase by 75%, allowing it to meet the growing demand for fruit in North Africa and Middle East.

João Miranda, head and co-founder of Frulact, justified this investment by highlighting the strategic position of Morocco, which “enjoys an excellent location due to its proximity to Europe and its links with the countries of North Africa and the Middle East, ” reported the agency Ecofin.

According to Telque, Frulact, established in Portugal in 1987, is regarded by the EBRD as one of the top five European companies in the fruit market. In addition to its site Larache, the group has factories in Portugal, South Africa, and France.