Taroudant - In an act of religious tolerance, the Washington National Cathedral has hosted “Aljomoa prayer” (Friday prayer) for the first time on Friday, November 14. 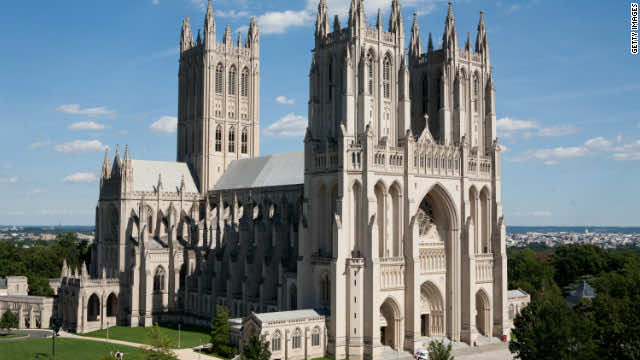 By
Larbi Arbaoui
-
Larbi is a freelance writer and assistant editor at Morocco World News.
Nov 14, 2014
Spread the love

Taroudant – In an act of religious tolerance, the Washington National Cathedral has hosted “Aljomoa prayer” (Friday prayer) for the first time on Friday, November 14.

Muslims performed the weekly Friday prayer in the Cathedral Church of Saint Peter and Saint Paul in the City and Diocese of Washington, better known as Washington National Cathedral.

The event was aimed at bridging Muslims and Christians worldwide together and promoting a better understanding and acceptance between communities of both faiths.

The sound of the church bell was replaced with the Athan (the Islamic call for prayers), Christian hymns with Islamic prayer in the chapel and the church priest with a Muslim imam.

According to the organizers, this Friday prayer marked the first time that the cathedral is hosting Muslims in a “powerful symbolic gesture” to perform their own prayers.

South African Ambassador Ebrahim Rasool described the event in a statement as “a dramatic moment in the world and in Muslim-Christian relations.”

In related news, last week, Jean-Pierre Legrand, leader of the National Front in Roubaix, France, proposed to “entrust the keys of a disused church to Muslims” who suddenly found themselves without a place for performing their prayers after a municipal decree issued early November shut down a mosque in the city.