Rabat - South Korea is set to consolidate its "exemplary cooperation" with Morocco, which is a "traditional partner" for us, said South Korean Prime Minister Chung Hong-won on visit to Morocco, the first of its kind since the establishment of diplomatic relations between the two countries in 1962. 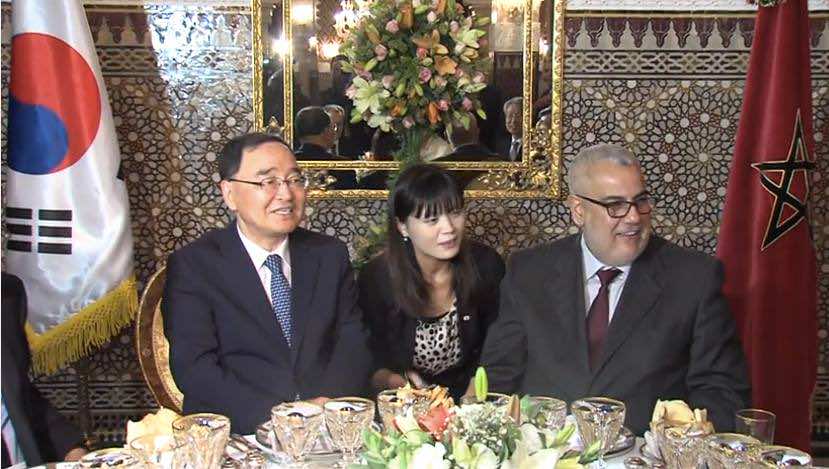 Rabat – South Korea is set to consolidate its “exemplary cooperation” with Morocco, which is a “traditional partner” for us, said South Korean Prime Minister Chung Hong-won on visit to Morocco, the first of its kind since the establishment of diplomatic relations between the two countries in 1962.

Hong-won, who hailed the quality of friendship and cooperation relations between the two countries for over half a century, highlighted Morocco’s “strategic choice,” under the leadership of King Mohammed VI, to promote sectors with added value such as the automotive industry and aeronautics.

This strategy aims to attract investments of the multinational companies that aspire to penetrate the European and African markets, he said, noting that Korean companies, which are highly competitive in industrial sectors, can benefit from the Moroccan strategy and build win-win partnerships with Morocco.

“Our two countries are traditional partners with good relations not only bilaterally but also on an international level,” Hong-won pointed out.

Concerning the Sahara issue, the South Korean PM called on all the parties to adopt an approach based on dialogue and consultation in order to reach as soon as possible “a mutually acceptable solution and create favourable conditions for stability and development in Sahel and Saharan region.