Taroudant - As 2014 is coming to an end and giving way to 2015, Morocco World News is glad to share with its audience a list of remarkable Moroccan nationals who honored their country abroad through their hard work and outstanding achievements. 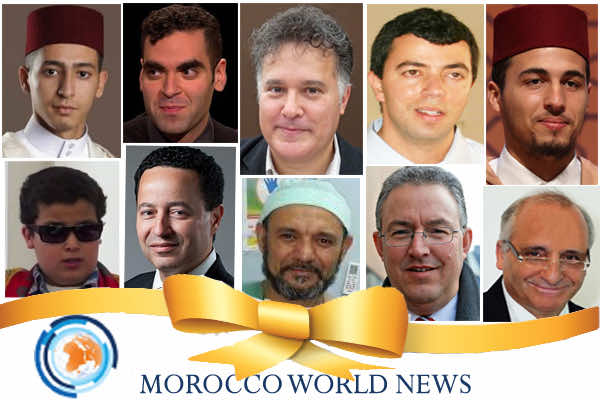 By
Larbi Arbaoui
-
Larbi is a freelance writer and assistant editor at Morocco World News.
Dec 28, 2014
Spread the love

Taroudant – As 2014 is coming to an end and giving way to 2015, Morocco World News is glad to share with its audience a list of remarkable Moroccan nationals who honored their country abroad through their hard work and outstanding achievements.

The list of Moroccans who excelled in their respective fields is as follows:

After Israel launched an airstrike on the Gaza strip early July, many people were killed and others injured. Medical equipment and personnel was desperately needed. Given this humanitarian situation, and in solidarity with the people of Gaza, Moroccan gynecologist Dr. Zouhair Lahna volunteered to help treat the Palestinians who are victims of Israeli aggression. In addition to the medical care he afforded, Dr. Lahna told the public opinion, in a letter addressed to Rachid Jankari, posted on his Facebook page, in details his testimony of Israeli carnage committed by Israel and women, children and the elderly in total impunity.

Kamal Oudrhiri, a Moroccan-American engineer at NASA, is part of the monitoring mission charged to observe the robot “Curiosity”, in charge of finding traces of life on Mars that landed August 6, 2012 on the soil of the Red Planet.

Oudrhiri is the first person to have announced the landing of the robot “Curiosity” on the Martian soil, which is the most advanced gear ever sent by NASA on another planet.

Morocco World news has conducted an exclusive interview with Oudrhiri and shed light on his successful story in US and how did he make it NASA one of the prestigious space agencies in the world.

Another Moroccan name shined in the field of science and research in the US and Singapore.

Moroccan researcher Rachid Yazami won, on January, the prestigious Charles Stark Draper prize for the year 2014 by the National Academy of Engineering (NAE) of Washington DC in recognition of his work in relation with the development of rechargeable lithium batteries 30 years ago.

The Moroccan national received his $500,000 worth prize on February 18 at the US capital during a ceremony, which marked the 25th anniversary of the Draper Prize.

Success is not an attainment limited only to grownups. Talented young children can also be a source of pride and honor to their home country.

Despite being blind, Anas El Filali, a 12 year-old student at the “Europe-Nations de Vandoeuvre-lès-Nancy”, won the first prize in a French spelling competition, using Braille without making any mistakes.

On October 19, the European Coordination Centre ‘Autonome Sahara Marocain’ (CESAM) in Vandoeuvre-lès-Nancy, where the father of the brilliant student works, celebrated the talented student’s success. The representatives of the association awarded the student in June.

Despite the negative image some politicians try to promote about Moroccans in the Netherlands, a number of Moroccan immigrants in this country showed positive integration into the society.

Moroccan-born Ahmed Aboutaleb, Mayor of Rotterdam, Holland’s second largest city, has been named by the editors of Elsevier, Dutch weekly news magazine, the Dutchman of the Year for 2014.

According to the editors of Elsevier, the Moroccan born politician, of the left-leaning Labour Party, is “the face of the city that was often in the news for exceptionally positive reasons, even internationally.”

The ranking released by the American group, which recognized the top 25 research analysts in Wall Street, based on the accuracy of their stock calls and earnings estimates.

Youssef Squali has over ten years of experience covering the internet sector. He is the recipient of The Wall Street Journal’s Best on the Street 2011 and the Financial Times StarMine All-Star Analyst Award 2009. Mr. Squali has a B.S. in Economics from the American Business School in Paris and an M.B.A from the University of Hartford.

The kingdom of Morocco has gained religious leadership in the region thanks to the country’s promotion to a moderate Islam under the Sunni Maliki School of thought and to the outstanding performance of its imams, Quran reciters and common Muslims in international competitions as well as their representation of a tolerant Islam in their daily life.

Young filmmaker Adil El Arbi of Moroccan origins won on Thursday the title of the Smartest Man in the World after his excellent performance in the television contest “De Slimste Mens ter Wereld” (The smartest man in the world) aired on the Belgian-Flemish commercial television channel.

In the final against the producer and screenwriter Bart De Pauw, El Arbi won the game on Vier TV channel thanks to his focused concentration and strength.

Morocco is also present in the field of literature and creative writing.

After obtaining the ‘Prix Goncourt’ for his short novel ‘L’étrange Affaire du Pantalon de Dassoukine’ -the strange affair of Dassoukine’s pants- and the Grand Prize Vermeil Medal of the Francophonie on August, the Moroccan writer Fouad Laroui was awarded on October in France the ‘Grand Prix Jean Giono’ 2014 for his novel “Les tribulations du dernier Sijilmassi”- the tribulations of the last Sijilmassi.

Created in 1990, the Grand Prix Jean Giono, crowns the career of a French-language author who has championed or celebrated the art of the novel.