Taroudant - In a new video posted on YouTube Friday, three members of the Saharawi revolutionary movement “Shabab Attaghier” or “Youth for Change,” revealed the movement’s determination to overthrow the current Sahrawi corrupted leadership in 2015 and release Sahrawi captives kept against their will in Tindouf Camps. 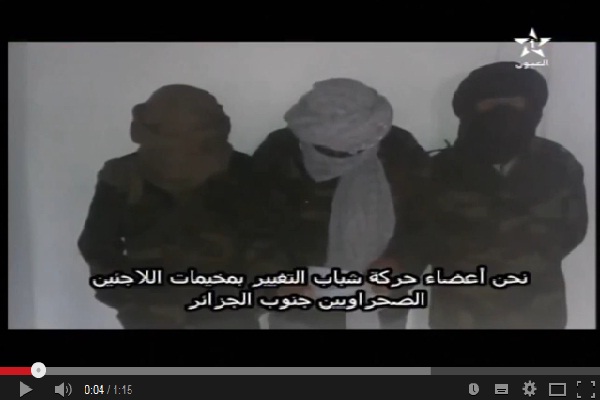 By
Larbi Arbaoui
-
Larbi is a freelance writer and assistant editor at Morocco World News.
Jan 18, 2015
Spread the love

Taroudant – In a new video posted on YouTube Friday, three members of the Saharawi revolutionary movement “Shabab Attaghier” or “Youth for Change,” revealed the movement’s determination to overthrow the current Sahrawi corrupted leadership in 2015 and release Sahrawi captives kept against their will in Tindouf Camps.

“The Sahrawi public opinion has witnessed the alleged alert plan by the deceitful Polisario leaders that was made to serve only one reason,” the veiled men said.

Youth for Change added that the Polisario leaders are preoccupied with “suppressing all the free voices that have unveiled the corrupt practices of the Polisario’s leadership.”

“Like what it did in the last year, the Polisario leaders will exploit this occasion to suppress and torture more free voice that are against them,” they said.

However, Youth for Change said that the young Sahrawi are also mobilized to make 2015 a decisive year for national unity and the defense of the Saharawi cause.

This video is the most recent of a series of videos posted on YouTube showing young Sahrawi activists protesting the alleged miserable conditions in which they live under the Polisario leadership for the past 40 years.

In opposition to the leadership of Polisario, the young Sahrawi activists recently united in the Youth for Change movement and called on Saharawis to “break the gag of silence imposed on them by the Polisario leadership” and called on the international community to find an urgent solution to their unending suffering inside the camps.