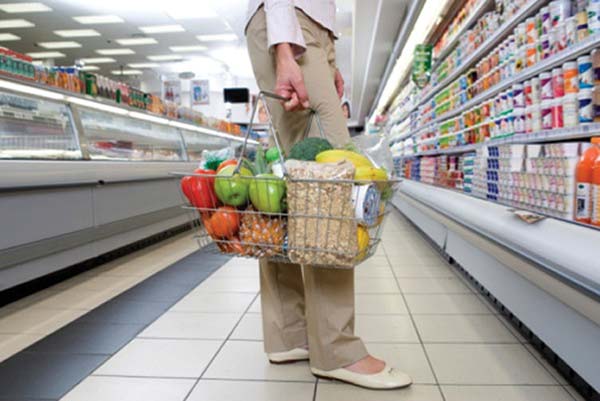 Tinghir, Morocco – “I shop till I drop but I don’t have anything to wear.” This is what a friend of mine tells me whenever we want to go to a party. And after doing more research, he may be a compulsive buyer—or at least have some symptoms of this addiction.

What is compulsive shopping?

According to marketing scholars, Thomas C. O’Guin—an American professor of marketing at the Wisconsin School of Business—and Ronald J. Faber—an American researcher in the areas of advertising, marketing, mass communication, and consumption disorders—compulsive buying behavior is defined as “chronic, repetitive purchasing that becomes a primary response to negative events or feelings.” Donald Black, professor of psychiatry at the University of Iowa College of Medicine, adds that “compulsive buying is like other addictions, it basically has to do with impulsiveness and lack of control over one’s impulses. Sometimes referred to as Shopaholism.”

Ruth Engs, professor of Applied Health Science at Indiana University, declares that there are certainly many commonalties among shopaholics and other addicts: for instance, while alcoholics will hide their bottles, shopaholics will hide their purchases. In other words, compulsive shopping is an obsession with shopping and a buying behavior that causes adverse consequences, just like other addictions. So, how can you tell if you or someone else you know is a compulsive shopper?

Symptoms of a compulsive buyer

The primary symptom of compulsive buying is an overwhelming and irresistible urge to buy, which persists despite subsequent adverse consequences. Shopping syndrome is characterized by the tendency to buy objects, some that the shopper doesn’t even like and which are often over budget. A person will spend over his budget and get into deep financial trouble. Statistics show that women are more inclined to buy clothes and beauty products. They may have racks of clothes and possessions that have never been used. In contrast, men may buy products related to body, clothing, or complex sports equipment. In addition, they are more inclined to buy items that are status symbols, like cars or highly technological instruments, such as computers and audio-video systems. Simply put, we are addicted when we are no longer in control of our shopping. But what causes someone to spend compulsively?

Some studies report that compulsive buying is triggered by negative mood states, like depressed mood anxiety or boredom. According to author D.W. Krueger, “compulsive buyers overspend their money to fill internal emptiness and to make themselves feel more complete.” James A. Roberts, a professor of marketing at Baylor University, agrees with Krueger and says, “addictive compulsive behaviors may be influenced by other family members, friends, and colleagues, as well as the mass media and other social norms of the society.”

In contrast, Tricia Widner Johnson, a professor in the Department of Family and Consumer Sciences at Illinois State University, believes that people who have a deficiency of the neurochemical serotonin, have high levels of materialism and buy things to make themselves feel better. Compulsive buyers may suffer from poor self-esteem, the desire to please others, or the belief that purchasing more will relate to social status. Shopping syndrome is caused by a combination of an individual disorder and the proposed lifestyle, fed and enhanced by a society, in which unnecessary shopping is continually given more importance.

Some solutions to compulsive spending

To escape a shopping addiction, one should be conscious of the addiction, through the studying of therapy and group work. Michel Lejoyeux, a French psychiatrist and addictologist, along with Aviv Weinstein, a psychologist and senior lecturer, suggest that the best possible treatment for compulsive buying disorder is through cognitive behavioral therapy. With this therapy, the patient must first be evaluated for psychiatric comorbidity, especially depression, so that appropriate pharmacological treatment can be instituted. Research has proven that patients who received cognitive behavioral therapy over a 10-week period spent less time shopping. Aside from this, compulsive buyers should pay for purchases by cash, check, or debit card. In addition, one may have to walk or exercise when the urge to shop comes on.

Compulsive buying disorder is common in our materialistic culture, and the behavior can be as difficult to stop as any other compulsion or addiction.