Rabat- Morocco regularized the status of 17,916 immigrants in 2014, according to figures released by the Moroccan government on Monday. 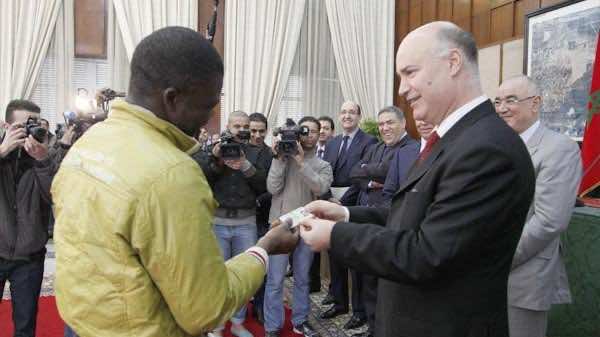 Rabat- Morocco regularized the status of 17,916 immigrants in 2014, according to figures released by the Moroccan government on Monday.

Out of a total number of 27,332 applications received for special regularization of foreigners in Morocco as of the December 31, 2014 deadline, 17,916 were approved, an approval rate of 65 percent, according to Cherki Drais, Minister Delegate to the Minister of the Interior, in an announcement made Monday in Salé, the twin city of Rabat.

Speaking at a press conference convened to present the preliminary results of this extraordinary move by the government to regularize the status of non-citizens, Mr. Drais noted that 100 percent of the applications received from women and children, about 10,178, were approved.

Mr. Drais said that 2014 has been a major turning point in the management of migration flows, “Thanks in particular to the guidance of King Mohammed VI and the mobilization of the government to give substance to this new policy, through approaches to the evolution of this problem while taking into account Morocco’s international commitments to protect the rights of refugees and immigrants.”