Rabat - The late king Hassan II, incensed by the puerile quibbling that took place in the parliament of his time, that was, after all, a mere rubber-stamp of his autocratic policies, called it a true circus, which amounted to calling indirectly the parliamentarians clowns making pitiful grimaces, funny sounds and atrocious gestures to amuse the gallery. 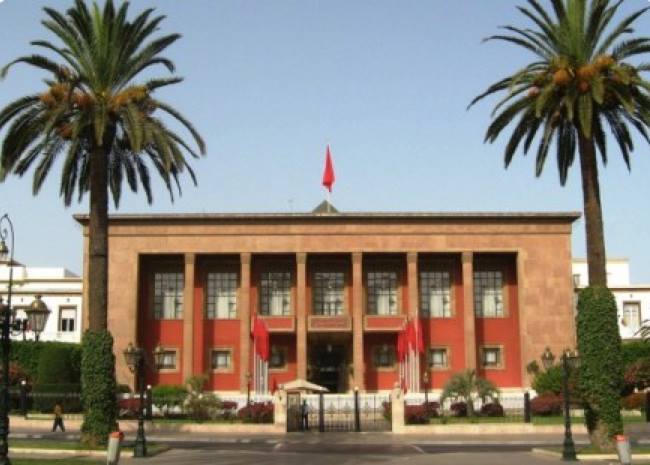 Rabat – The late king Hassan II, incensed by the puerile quibbling that took place in the parliament of his time, that was, after all, a mere rubber-stamp of his autocratic policies, called it a true circus, which amounted to calling indirectly the parliamentarians clowns making pitiful grimaces, funny sounds and atrocious gestures to amuse the gallery.

Today, not much has changed in this honorable institution, in spite of the fact that the Arab Spring constitution gave this legislative body, along with the executive, more power and more room for political manoeuvrings. But alas, such a constitution was unable to give this institution more life, wisdom and predisposition to serve the interests of those who elected its members to this position.

The parliament is no more than a political toy

During the lifetime of the late king Hassan II, after two successive failed military coups in the early 70s of the last century, he took conrol of all power in his hands and emasculated the historical political parties by creating a multitude of cloned parties at his beck and call, commandeered by his faithful servant, Driss Basri, Minister of the Interior, then.

The top brass of these parties were appointed by this ministry, which provided, also, the funds, the militants and the party line.

These so-called parties, mocked by the population and snubbed by the electorate, were dubbed by the critics: “administrative parties” and, also, “pressure cooker parties.” They had a fuzzy political program, which in many ways was an extention of that of the palace and almost no economic platform, other than that of the government of the day.

This is stated clearly by the researcher Drisse Jandari in his excellent work entitled: “Political Party Experience in Morocco: Obscurity and Obfuscation”:[i]

The political regime- through instigating political schisms- has succeeded in undermining the political foundations of the major parties that had until recently been effective partners in power, but which have now become small, splintered parties with no genuine popular spread. This has obviously affected their ability to negotiate and their capacity to make proposals. In turn, this has allowed the monarchy to monopolize the political decisions and to shape them according to its  interests. Finally, this has led to the transformation  of national parties into administrative parties that compete for favor from the monarchy in order to implement projects planned by technocrats and executed under ministerial auspices that are distributed according to perceived loyalty, flexibility and nepotism.

These parties were not democratic, in the least, and could not aspire, as such, to democratic practises. Their heads were appointed by the palace and they themselves appointed the rest of the party bureau and regional representatives. In a way, rather than things move from the bottom up, as is the case in democratic parties, in these political ensembles, it is the contrary, they move from the top down.

Given that these parties were not in the least transparent, they recruited their membership from three specific grounds:

1- Tribal leadership and notables, who provide the party with a large pool of electorate in the countryside, without pain, and exhibiting indefectible allegiance, no matter what;

2- Urban bourgeoisie, which provides funds and support in return of economic privileges; and

3- Failed intellectuals and artists who want to make a name for themselves.

These parties presented candidates all over the country, few months after their founding, and won seats by massive corruption of the electorate and in case that does not give the expected results, the Ministry of the Interior intervened to rig the elections in their favor.

A man presents his candidacy for a seat in the parliament in a rural constituency under the banner of an « administrative party », promises jobs, roads, schools and a hospital. The peasants obnubilated by his eloquency and charmed by his juicy promises voted massively for him. During his tenure, he never, ever visited his constituency or enquired about the wellbeing of its inhabitants. After five years, when legisative elections were up again. He showed up one fine day to the constituency in a posh Mercedezs Benz car, sporting an expensive suit and a fat belly and smoking a cigar. The peasants insulted by his brazen presence started jeering at him. He took the floor and argued that he, indeed, did not defend their interests during his first tenure because he was busy getting rich and now that he is comfortable, he will see to it that their needs are attended. However, if they decide to vote for one of his opponents, they will make a serious mistake, because that person, also, will just do like he did and they will loose out again. But, if they re-elect him, this time around, he will defend their rights and make up for the lost time.

Once elected, the party candidates become toy politicians in the hand of the Ministry of the Interior by which it furthers its interests and keeps traditional parties at bay. This practise initiated in 1970 by Hassan II lasted until 1996, when feeling very sick and in terminal phase, he decided to put an end to this autocratic practice, by revamping the constitution, declaring amnesty on all political opposition figures, in exile, and calling upon the opposition to form a consensual government to prepare the political transition.

Impeded by so many undeclared red lines, the opposition could not perform properly in the parliament while the administrative parliamentarians could not afford to bite the hand that feeds them, as such, the debates in the parliament turned to trival quibbling involving personal matters and this practice, ultimately, became a Moroccan political culture that continues today unabated.

For Nicu Popescu, a senior analyst at the EU Institute for Security Studies in Paris, the Moroccan political system is a strange hybrid, that, somewhat, works and keeps the country going:

Morocco’s political system is a strange-ish hybrid. On the one hand it has a dominant monarchy with strong executive powers. The monarchy dominates political and economic life. The king reigns and governs. Yet, Morocco also has a multi-party system, holds regular elections which are judged as relatively free and fair, and has alternating governments. The parties that win most votes at the election are invited to head the government. But while elections lead to changes of government, the winning parties do not really govern. They might be in government, but they don’t govern; and whereas the political pendulum is swinging once in a while, political power did not.

To Be Continued … To read part 2: The Moroccan Legislative Circus (Part 2)