Casablanca - The Quran in Salafism, as is the case for all the Islamist movements, is the primary source of doctrine. 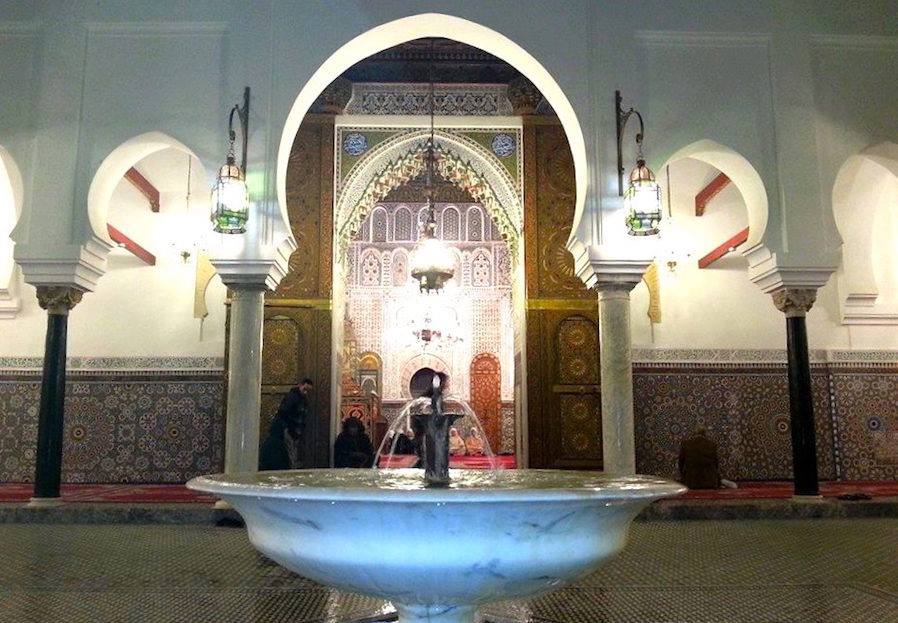 Casablanca – The Quran in Salafism, as is the case for all the Islamist movements, is the primary source of doctrine.

Numerous disciplines, such us Arabic linguistics, are employed to develop a more rigorous understanding of the Quran. The second most crucial source is the prophetic Sunnah, which must be rectified by the Muslim scholars. The Ijmaa comes third in the classification of the doctrinal sources, and it represents the agreement among the Muslim scholars in a given era on a specific jurisprudential matter. Along with this doctrinal groundwork comes a set of foundational tenets that are vital for the Salafist movement. These are summarized in Hassan Mneimneh’s article, The Spring of a New Political Salafism as follows:

Strict monotheism (Tawhid), total obedience to the commandments of the prophet (Taah), and a continuous effort to purify one’s thought and actions in conformity with the sayings and deeds of the prophet (Tazkiyat al-nafs). (2011: 28)

Salafism is self-defined as adhering to a methodological approach and not to a school of jurisprudence, and that its approach is in harmony with all of the important schools of Islamic thought. However, the tension between the Salafists and the adherents of other movements proves that there are basic divergences between them.

In Islamic tradition, there are three main complementary components that Sunni Muslims must identify with. These are theology, jurisprudence, and ritualistic practice (Meijer:2009). The schools constituting the first component are the Ashari school, which takes the lead, the Matudiri school, and the Athari school, both of which only limited numbers of Sunni Muslims identify.

Jurisprudence, the second constituent of religious life, comprises four main schools: the Maliki school, the Shafii school, the Hanafi school, and the Hanbali school. These schools are geographically distributed in the following manner: the first school prevails in North and Sub-Saharan Africa and the second in Egypt, Syria, Palestine, Yemen, and Asia. The third and the fourth dominate regions in the Levant, Turkey, Iraq and the vast parts of central and South Asia, and in the Area of Najd in the Arabian Peninsula, respectively.

The third component, ritualistic practice, is characterized by a noticeable heterogeneity. It encompasses Qadiri, Naqshabandi, Rifai, Shadhili, Tijani, Ahmadi, and so forth, which enrich the Sufi tradition. Any Sunni Muslim can identify with the schools of their choice depending on their personal preferences. For instance, an individual can adhere to Ashari school of theology, The Maliki school of jurisprudence, and the Qadiri ritualistic school.

The aforementioned tension between the Salafists and the followers of the rest of the movement, which the Salafists relentlessly attempt to deny, is chiefly related to the Salafists’ hostile attitude towards many of the schools that constitute the Islamic doctrinal tradition. They disapprove of all ritualistic practices as non-Islamic or deviant innovation and the Matudiri and Ashari schools of Jurisprudence, which consider reason as complementary to revelation, as tarnished by ancient and medieval western philosophy. On the other hand, the Salafist acknowledge the Athari school, which employs a strictly literalist approach.

As far as the Islamic jurisprudence is concerned, the Salafists depart from the teachings of the three most ubiquitous schools, Maliki, Shafii, and Hanafi. The only school they take into account when it comes to Jurisprudence is Hanbali Madhab that was founded by Ahmed Ibn Hanbal. However, following ibn Taymiyyah the Muslim scholar who lived in the fourteenth century and who resurrected the Hanbali vision, the Salafists insist that the schools of jurisprudence must be relegated and substituted by a rigorous methodological approach. Unlike the other schools, the Hanbali does not accept the jurists discretion and the costumes of the community to derive Islamic laws from when there is no clear answer to a specific question in the Islamic scriptures.

The methodological approach of the Salafists is thus drawn from the early teachings of Ahl al-Hadith, which “utilized only certain Prophetic traditions with trustworthy chains of transmission to determine authoritative norms for social and political behavior,” and stands at odds with the widespread and influential school of Ahl-Rai (Mneimneh 2011).