Washington DC - The 24th Session of the Summit of the African Union (AU), which  concluded in Addis Ababa in late January, was supposed to deliberate on ways to tackle the Boko Haram threat. Instead, President Robert Mugabe of Zimbabwe, the new AU chief, devoted a good chunk of the meeting to address the Morocco-Algeria dispute over the Western  Sahara. 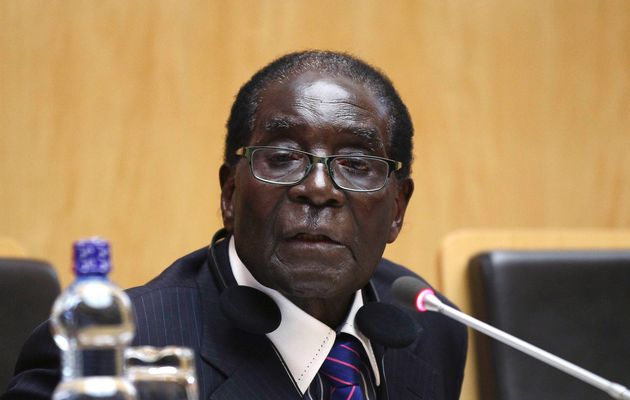 By
Hassan Masiky
-
Hassan Masiky was born in Kenitra, Morocco, and is based in Washington as a blogger and freelance writer.
Feb 20, 2015
Spread the love

Washington DC – The 24th Session of the Summit of the African Union (AU), which  concluded in Addis Ababa in late January, was supposed to deliberate on ways to tackle the Boko Haram threat. Instead, President Robert Mugabe of Zimbabwe, the new AU chief, devoted a good chunk of the meeting to address the Morocco-Algeria dispute over the Western  Sahara.

As Mugabe was assailing Morocco’s “annexation” of the Western Sahara, Boko Haram was seizing more territories in Nigeria, Cameroon and Chad. The Zimbabwean leader was debating the wrong conflict.

If left unresolved, the Boko Haram insurgency will threaten to re-fuel Muslim-Christian violence in Nigeria and further destabilize the region. Mr. Mugabe should worry about West Africa and not North Africa, unless the terror group is active in the Western Sahara.

Mugabe avoided addressing the Boko Haram phenomenon because he and other African leaders recognize that local grievances are behind the ascension of this terror group.  West Africa’s Boko Haram problem is a direct result of years of poor governance by successive Nigerian governments that resulted in chronic corruption, a weak military and poor economic performance despite large oil revenues.

Furthermore, Nigeria’s armed forces’ record of gross unrestrained and under-reported human rights abuses, that span over many years, play a major part in the terrorists  propaganda literatures to recruit young Muslims in the North.

The fate of the 276 schoolgirls, still missing and presumably held by Boko Haram, is a stark reminder of the failures of Nigeria’s government and military establishments, as well as a testimony of the malfunctions of African institutions. African leaders should explain to their constituents how a guerilla group numbering in the few hundreds is able to control more than 100 villages in north-east Nigeria, attack neighboring Cameroon, Chad and Niger while holding off three regional regular armies.

News of the Chadian military forces liberating Nigerian towns from Boko Haram is embarrassing to Nigerians and a testimony to the level of corruption and miss-management in their country. Chad, one of the poorest countries in the world, is rescuing the second largest Army in Africa.

Africans are too familiar with AU leaders’ failures in finding policy solutions to problems facing the continents’ youth. These summits are supposed to be forums to promote Africa’s economic and political developments and not platforms to endorse a specific member state’s foreign policy.

Solving the Western Sahara crisis will not stop Boko Haram’s advances in Nigeria and will not create sustained economic growth in the region. In sidestepping the root causes of Boko Haram’s successes in enticing popular support in Northern Nigeria, and by appointing Mugabe as a chief, the AU, once again, send the message that good governance and democracy are not priorities.

It was unfortunate to hear Mugabe waste his time talking about the Western Sahara, an issue that is at the hands of the United Nations. Instead, he should have presented a viable plan to stop Boko Haram’s menaces and turn around the security situation in one of the most important countries in Africa.

As during past AU summit, the Addis Ababa meeting went unnoticed around the world. In fact, Boko Haram attacks in Chad and Nigeria and concerns about Mugabe’s human rights record were the two major stories coming out of the continent in the last few weeks.

At a time when Africa needs to further integrate the world economy, AU leaders insist in discussing unrelated territorial disputes, thus not addressing economic problems plaguing their nations. The African Union’s appointment of Mugabe at the helm of the AU will hasten the decline of the organization’s political and economic cloud around the world.

Regrettably, African leaders are doing a “good job” in scaring international investors away. They have proven that the AU does not have the institutional capacity to solve the continent’s military, political and social woes. The Addis Ababa meetings will add to the disappointments of Africans.