Washington - Morocco’s gradual approach to political reforms and democratization stands as a "success story" in the Arab World, said the Brookings Institution in a recently published paper. 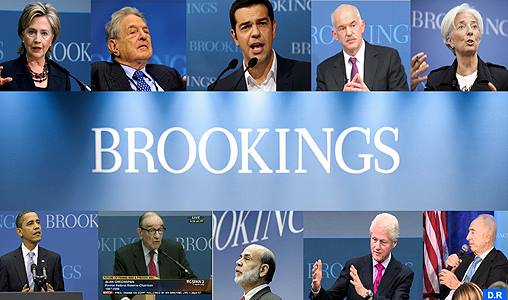 Washington – Morocco’s gradual approach to political reforms and democratization stands as a “success story” in the Arab World, said the Brookings Institution in a recently published paper.

“Morocco has so far been a success story in the Arab world. It has followed a gradual approach to political reforms and democratization, which led to the adoption of a new constitution and the holding of free parliamentary elections in 2011,” said the renowned US think tank.

In the same vein, the paper notes the need for maintaining this record of success through continued political and economic reforms.

The paper also highlights the importance of the political reforms implemented in Morocco under the leadership of King Mohammed VI, citing in particular the reforms brought by the new constitution that was adopted by referendum in July 2011 notably in terms of strengthening the powers of the Head of the Government and the Parliament as well as ensuring the independence of the judiciary

The new constitution “enshrined more political and social rights, and called for a more open and decentralized governance system, laying the groundwork for more inclusive economic growth,” says the paper.

On the economic aspect, the think tank sheds light on Morocco’s effort to develop the agriculture sector as part of an inclusive strategy that aims at reducing inequalities and regional disparities.