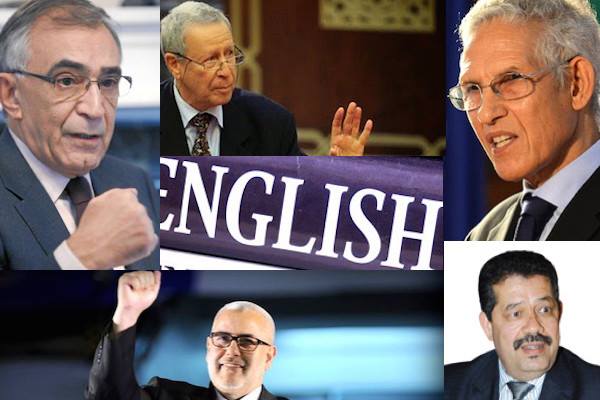 Rabat – English is quickly replacing French as Morocco’s second language, both among educators and politicians. This is due in part to the growing desire among young Moroccans to separate themselves from their colonial past. This is especially true in academics, where the “adoption of French is a colonial dependency, not an academic option,” according to comments from online user Islam Zitane in an interview with MWN last year.

Although Morocco has already announced its desire to replace French with English as the primary language of higher education, it has yet to take the necessary steps. Moroccan Minister of Higher Education Lahcen Daoudi announced plans to make the switch from French to English in March 2014. However, the primary language today at institutions of higher learning is still French.

With more and more educators, and now politicians, abandoning French and praising English as the language of the future for Morocco, this may change. In a video posted on YouTube last week, Abdelilah Benkirane, the Head of Government, explained that Morocco must choose English as its primary language of education “because it is the language of today’s science, technology, and commerce.”

He added that he personally regrets not having focused on English, as it is the “most useful language in his line of work, even within the Arab states.” As to the question of Morocco’s ties with France, Benkirane asserted that Morocco and France “have very strong bonds that can’t be broken, but it is not our destiny to keep using French.” Whether French is a language that will continue to be used colloquially was not an issue that he addressed.

Although interest in French seems to be dying out, the emergence of English within institutions of higher education does not appear to be a threat to Arabic. The Justice and Development Party (PJD) released a statement making it clear that they intend “the Arabic language [to] remain the language of instruction at all levels.”

One of the most important issues raised in this debate is the question of how much, if at all, the French language actually benefits Morocco. French is no longer the language of the world, while English has become ubiquitous. In terms of education, it is much easier for students to gain access to information online if they are proficient in English.

In addition to this, English-speaking firms dominate many technical fields, such as computer programming and engineering. If Moroccan students of technology or engineering wish to continue their studies at a foreign university, they will be ineligible for the top universities, the vast majority of which are located in the USA, simply because of the language barrier.

While French remains a strong language in the world of politics, if it is a question of which language to learn, English still comes out on top. Though both are official UN working languages, English is much more prevalent within other realms of politics, according to Benkirane’s statement.

In addition to this, English is an economically more viable option; American investors are much more likely to invest in a country where English is widely used.

Given the growing interest in English as the first foreign language in Morocco, it is likely that the Kingdom will follow the path of other African countries, such as Rwanda, which made the switch in 2009, Gabon (2012), and Senegal (2013), and push English to the forefront of both education and politics.