Toronto - Should we care about the Israeli elections? The answer is that we all should. In fact, the coming week, Israeli voters will go to the polls to elect a new parliament-Knesset from which a new government should emerge. 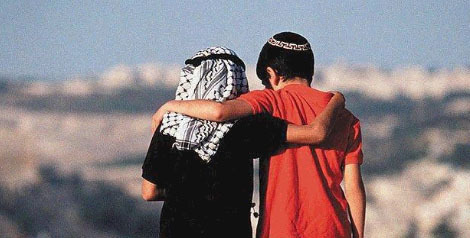 Toronto – Should we care about the Israeli elections? The answer is that we all should. In fact, the coming week, Israeli voters will go to the polls to elect a new parliament-Knesset from which a new government should emerge.

The latest polls indicate a slight lead of the Center left Zionist Union led by the less-known Isaac Herzog ahead of Benjamin Netanyahu’s right-wing Likud. Besides the economy, most Israeli voters also consider the questions of security and the handling of the elusive peace process with the Palestinians.

The polls reflect the feeling of disillusionment most of Israelis have with Netanyahu’s policies. While the cost of living has been on the rise, and housing has become unaffordable, Bibi( Netanyahu) has developed an obsession with Iran and its nuclear program. He even took the extraordinary step to speak to Congress, uninvited by Obama, to criticise the US president’s efforts to negotiate a nuclear deal with Iran! No other head of state has accomplished such a feat in the annals of international diplomacy!

Israel has been acclaimed, albeit debated, as the only democracy in the Middle-East; a region otherwise rampant with despotic dictatorships and mistreatment of women and religious minorities. One cannot argue that surrounding Arab regimes are inherently averse to democratic aspirations. Their record on women’s rights and religious minorities is quite dismal to boot.

This being said, Israel’s democratic claim is also up for debate. The fact is that your chances of thriving in the Israeli democracy are higher if you are Jewish and not even native to the land, than if you are a native-Palestinian from the Occupied Territories. Case in point is the Ukrainian-born Avigador Lieberman who openly called for the expulsion of the native Palestinians. That is as preposterous as if I, a Moroccan-born who settled in Canada, had the gall to call for the expulsion of native Canadians from their homeland! That, however, did not stop Mr. Lieberman, the current Israeli foreign minister, from making such claims. He also continues to illegally live on a settlement in the West Bank instead of Israel per se, in a clear breach of international law.

As with thousands of other illegal settlers, they base their argument on their version of divine law. In other terms, according to the Torah scriptures, Judea and Samaria (also known as the West Bank) belong to the Jews whose ancestors were forcibly driven out some 2,000 years ago after the destruction of the Temple.

1948 was a turning point in the conflict. While it is celebrated by the Israelis the birth-year of their state, it is dubbed the year of the catastrophe “Al Nakba” by the Palestinians. Only three years after the end of WWII and the decimating holocaust of the European Jewry. The winning parties felt the moral obligation, back then, to give back the lands of Palestine to those who had been persecuted for millennia in Europe and elsewhere. This seemingly goodwill gesture did not go without resistance from the Palestinians who felt they were made to pay the price for others’ mistakes by having the new state established on their land. As a result many wars have been fought with thousands killed on both sides and millions rendered refugees.

Fast forward over half a century yet the conflict does not appear to be any closer to a solution than when it began. As in any intractable conflict, extremists on both sides hold unyielding positions. On the one hand, Palestinian extremists deny Israel’s right to exist as a state. Israeli extremists, on the other hand, deny the right to Palestinians to form their own state.

The good news is that all three Abrahamic religions, namely Judaism, Christianity and Islam agree on the importance of Jerusalem and the Holly Land in their respective faiths. The bad news is that a strict interpretation of these scriptures leads to a zero-sum game in which the winner takes all. Consequently, when extremist Christian Evangelicals interpret the gospel, they envisage a Middle-East where Israel must dominate Jerusalem before the return of the Messiah and the triumph of Christianity. Religious Zionist Jews on the other hand believe in the sanctity of the land, people and the Torah of Israel, to the exclusion of non-Jews.

Finally, Al Qaeda, its most violent offshoot ISIS, and other Islamist extremists leave no doubt as to what their vision for the Middle East is: an area where non-Muslims are reduced to second-class citizens, if not driven out to sea. As a footnote, Hamas who was elected by the Palestinians in Gaza, should show goodwill and remove the clause questioning the legitimacy of Israel as a nation.

Surely, these are irreconcilable views which reflect competing claims over the holy land; they do however find inspiration in the scriptures of their respective faiths. Herein lies the crux of the problem. In my view, the intractable Israeli-Palestinian conflict should not be viewed as a religious conflict without the spectre of another “un-holy war”. Religious extremists from all sides have already started speculating that the proxy wars in Syria and Iraq and the rising tensions between a potential-nuclear Iran and a nuclear Israel are precursors to a larger war for Jerusalem. Instead (of holding this view), the moderate majority of stakeholders need to adopt a pragmatic framing of the conflict and its resolution, namely one that is based on international law.

The single overarching question dominating the Israeli-Palestinian debate is remarkably a simple one; yet its details have been debated for decades with no headway in the horizon. The question at hand is whether there should be a one-state versus a two-state solution. It is worth noting that two parameters are necessary to uphold for any serious consideration to resolve this conflict. First, Israel as a state is here to stay. Second, Palestinians should be enabled to form their sovereign state.

From the onset, International law, as embodied by United Nations resolutions, has always favored the two-state solution for practical reasons. Sharing the disputed land between two sovereign states seems to be the most sensible solution. This solution has been tried successfully elsewhere. European settlers, albeit uninvited, managed to share the land with the natives in the Americas.

Unlike the Americas where the “pacified” natives have been brought into the mix, thanks in large part to the proselyting church, Muslims and Jews have kept their faiths intact and their cultures relatively distinct from each other in the holy land. Yes, I am fully aware that white European settlements were not always peaceful in the Americas but the majority of land claims have been settled without inhabitants driving each other out.

The prospects of this solution however are severely curtailed by the current Likud-led Israeli government policy which builds more settlements in the Occupied Territories. If left uninterrupted, the settlements policy will irreversibly change the reality on the ground before a final agreement is reached. The very concept of Land-for-Peace whereby Israel will exchange the land it occupies in return for peace from the Palestinians may be being compromised. The Palestinians, along with the rest of the international community, are asking the same question: how much land will Israel take before it gives it back? Some go further to question the Likud-led government settlements as a tactic to buy time and force a fait-accompli on the Palestinians in future negotiations.

That being said, international law is also clear on border demarcation for a future Palestinian state. At least officially, there is an international quasi-unanimity that these borders should be defined by the pre-1967 war. Therefore, the illegal settlements built on the Occupied Territories will have to be turned over to the Palestinian state, and the settlers be resettled within Israel’s borders. Of course there are the complex questions of what will become of Jerusalem and the right of refugees to return. These issues will need to be negotiated within the parameters of international law as well

Some on the right in Israel have brandished the idea of a one-state solution under an the Israeli sovereignty. Despite its appeal to those who call for a greater Israel, the one-state solution is simply incompatible with basic democratic principles. Democracy runs on the fair concept of one-(wo)man, one vote for every adult citizen.

The future of Israeli and Palestinian demographics favor the latter against the former, thanks to the Palestinian’s larger families and fertile procreation. So unless Israelis are willing to trust the ballot box and risk losing power as white South-Africans did when they lost the majority to Mandela’s black majority, the only alternative is to opt for a two-state solution. This would allow Israel to preserve its Jewish identity and its coveted democratic system.

Barak Obama’s “A new beginning” speech in Cairo in 2009 offered a glimmer of hope to finding an end to the conflict. Sadly, that famous pronouncement met a quick end. The US president realpolitik took (required? employed?) the best of his ideals to find a just and lasting solution. Like many of his predecessors, he recognized that the region’s modus vivendi is there to stay at least for the foreseen future.
The Middle-East’s geo-strategic importance waned as Washington policy-makers dug deeper (literally) to increase domestic oil production and achieve energy-independence. In fact, the US was about to shift its strategic priorities towards Southeast Asia to counter the Chinese’s growing ambitions in that region. It was only the horrors of the ongoing Syrian war and the brutality of ISIS which brought the Middle East back to center of interest.

Not too long ago, it was said that Yasser Arafat could not be trusted by his American and Israeli interlocutors as a serious partner in peace. His successor, Abbas, despite his conciliatory tone towards to the Israelis has not advanced the Palestinian statehood quest any further. Nowadays, most Palestinians, but also some Americans, feel that Netanyahu cannot be trusted as a man of peace considering his pursuit of illegal settlements building to charm the fanatic religious constituency.

Israeli voters have a tough choice to make next week. Will they continue with business-as-usual under Bibi and his right wing coalition or will they choose a new beginning with Isaac Herzog?