Rabat- The School of Ursuline, a Christian institution in the city of Mechelen, Belgium, prohibits Muslim students from wearing long skirts and long sleeve shirts. 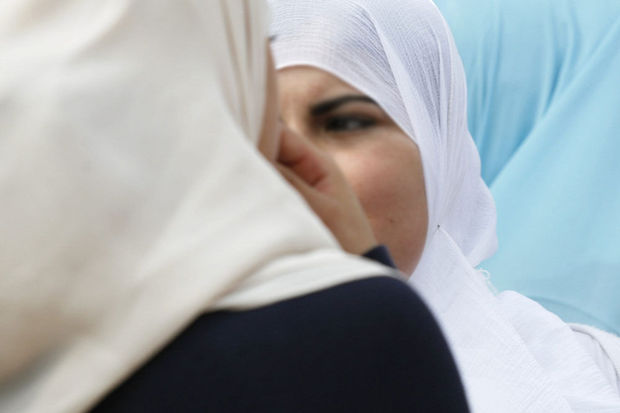 By
Larbi Arbaoui
-
Larbi is a freelance writer and assistant editor at Morocco World News.
Apr 4, 2015
Spread the love

Rabat- The School of Ursuline, a Christian institution in the city of Mechelen, Belgium, prohibits Muslim students from wearing long skirts and long sleeve shirts.

The school, which has already banned female students from wearing headscarves and any other religious signs, has reportedly forced students to roll up their sleeves and their long skirts.

A few weeks ago, students were stopped at the entrance of the school and asked either to roll up their skirts or go home, according to Le Vif.

“During the mathematics course, the teacher told me: your dress is not appropriate for this school, keep it for the mosque. I have been dismissed from the course and called into the principal’s office. They also called my parents,” a student told the Belgium daily De Morgen.

However, in a press release, the school denied these claims as “false information” that served to “undermine the institution,” which is confined to regulations.

The school added that the regulations simply make sure the clothes do not impede movement, in order to prevent students from falling.

However, it seems that the school regulations do not apply to everyone.

According to the same source, a student said, “There are even teachers who have piercings in the nose while these are not allowed in the regulations. When I mentioned that, they just told me that all religious signs are forbidden.”