Rabat - Wisconsin Governor Scott Walker called on Americans to “wake up” and to be careful with Moroccan and Indonesian immigrants who “do not come to America to work and live peacefully but for other motives.” 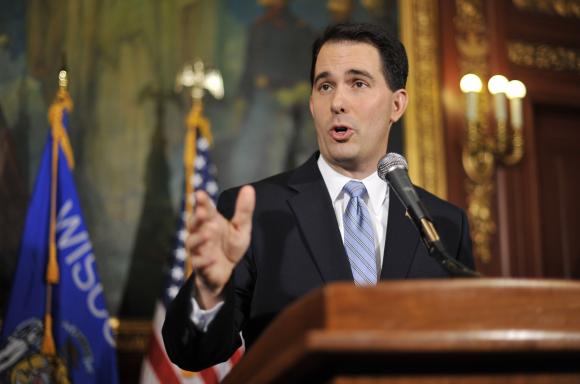 Rabat – Wisconsin Governor Scott Walker called on Americans to “wake up” and to be careful with Moroccan and Indonesian immigrants who “do not come to America to work and live peacefully but for other motives.”

Speaking on Thursday, May 21 at the headquarters of the Oklahoma Independent Petroleum Association, the Republican governor said that more and more immigrants, namely Moroccans and Indonesians, do not cross the border with the intention of looking for work, but “they are coming with other motives,” he said.

“There’s a good number from Indonesia, there are [some] from Morocco, and other places around the world, many of whom aren’t looking for work in the United States. They’ve got other motives and we need to wake up to that,” the governor said.

According to the governor, it is not just “Mexico, Central America, or even South America,” where immigrants come to America in search for a job and a better life, but also from Morocco and Indonesia.

The Republican politician, who calls for a substantial investment to secure the American borders, said that the criminal organizations are increasingly bringing in people for sex traffic, but not for work.