Paris- France underscored on Thursday its support for Morocco’s autonomy plan as a serious and credible basis for a political, fair, lasting and mutually acceptable solution to the Western Sahara. 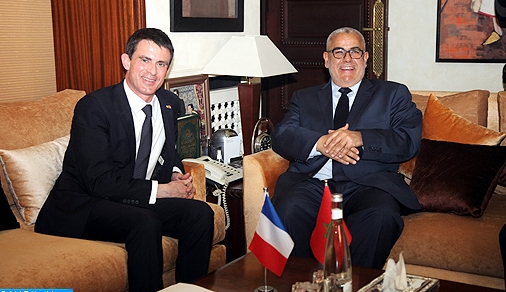 Paris- France underscored on Thursday its support for Morocco’s autonomy plan as a serious and credible basis for a political, fair, lasting and mutually acceptable solution to the Western Sahara.

In a final statement issued at the end of the 12th French-Moroccan high level meeting in Paris, France reiterated support for the efforts led by the UN to find a settlement to this conflict.

Morocco and France stressed that a political resolution of the Sahara issue and a steady cooperation between the countries of the Maghreban union will help foster the region’s stability and security.

The two countries also expressed willingness to act in favor of development and stability in the African continent.

In this respect, Morocco and France advocated new partnerships with the continent notably in terms of investments, higher education and food security.

They recommended strengthening triangular cooperation mechanisms benefiting Africa and reaffirmed shared vision with regard to the Francophonie as a venue for solidarity.

As for Libya, France and Morocco stressed the need for a political solution as part of the mediation led by the UN special envoy.