Rabat - An ethnic clash between Arabs and the Amazigh community has allegedly left over 22 people dead in Ghardaia, Southern Algeria. 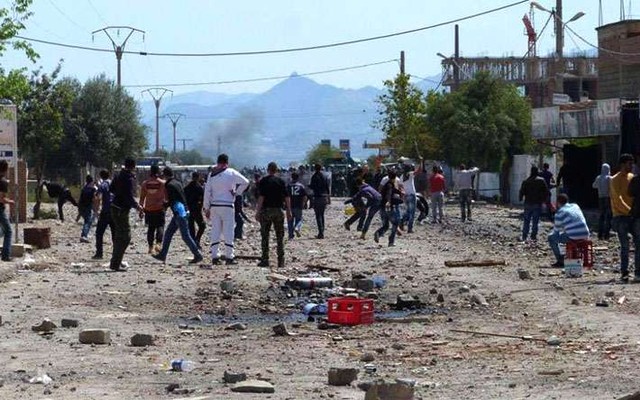 Rabat – An ethnic clash between Arabs and the Amazigh community has allegedly left over 22 people dead in Ghardaia, Southern Algeria.

The bloody unrest between the Chaamba (Arabs) and the Mozabite (Amazigh,) which broke out on Tuesday, continued in the M’zab valley, leaving more victims.

Around 4 am on Wednesday, armed groups from the Chaamba attacked three neighborhoods of the Mozabite in Guerrara, located 100km away from Ghardia.

Mohamed Debbouz, a local politician, said that attackers kicked inhabitants out of their homes and set houses, shops, public buildings, cars and palm groves on fire.

“According to sources at the hospital, dozens of Mozabites were killed by the firearms” says Debbouz. “At the end of the morning, Mozabites fought back, killing 4 or 5 five people among Chaambis and injuring dozens of them.”

Algeria’s National News Agency, APS, said that 19 people who were wounded in the two day clashes between Chaamba and Mozabite in the M’zab valley, had died from their injuries, raising the death toll to 22.

This is the highest death toll since the start of the clashes that shook the region in 2013.