Rabat - After Cristiano Ronaldo’s epic trip to Marrakech, FC Barcelona’s star Neymar Junior is due to arrive in the Red City in the upcoming weeks, over an invitation by Moroccan international Hachim Mastour. 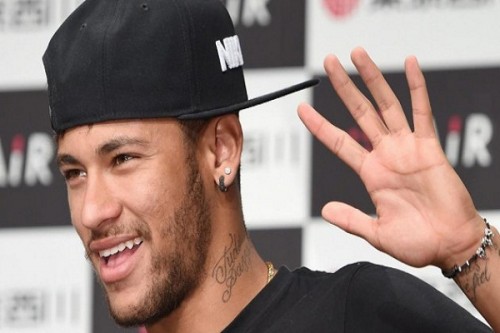 Rabat – After Cristiano Ronaldo’s epic trip to Marrakech, FC Barcelona’s star Neymar Junior is due to arrive in the Red City in the upcoming weeks, over an invitation by Moroccan international Hachim Mastour.

The 17-year-old Mastour, who moved to Spain from Italy after he signed a two-year loan with the Andalusian side of Malaga last August, is a close friend of Neymar. The two met at a Red Bull event a few months ago.

Morocco’s daily Le360 website reported that Neymar and other international celebrities will be encouraged to visit Marrakech, after the city has come under the worldwide spotlight following Ronaldo’s epic trip over the past weekend.

The third richest athlete in the world had so much fun in Marrakech that he took to his Facebook page and wrote for the very first time a post in Arabic, which reads: “I’m having good time with friends in Morocco.”

The Portuguese legend flew back to Madrid from Marrakech on Sunday night. He posted a picture of himself standing near his private jet in Marrakech and wrote in the caption: ‘’Back home. Thanks Morocco. See you soon family. ‘’