Rabat - A new report published by the US department of State said that Moroccan Jews face no hindrance in practicing their religion in Morocco and live in safety throughout the country. 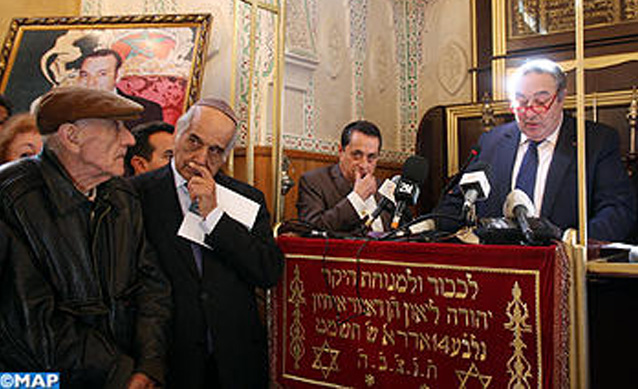 By
Aziz Allilou
-
Aziz Allilou is a student at the Higher Institute of Media and Communications (ISIC) and Morocco World News correspondent in Rabat.
Oct 16, 2015
Spread the love

Rabat – A new report published by the US department of State said that Moroccan Jews face no hindrance in practicing their religion in Morocco and live in safety throughout the country.

The report on “International Religious Freedom Report for 2014” stresses that Jews practice their religion freely across Morocco, in coherence with the Moroccan constitution, which guarantees the freedom of thought and practice of one’s religious affairs.

Moroccan law also allows Jewish private schools to teach Judaism. There is also a “separate set of laws and courts with authority over personal status matters for Jews, covering issues such as marriage, inheritance, and other family matters,” according to the same report.

Morocco hosts an estimated 3,000 to 4,000 Jews, approximately 2,500 of whom reside in Casablanca. The Rabat and Marrakech Jewish communities each have approximately 100 members, according to the source.

Although the small minority of Jews living in Morocco is considered as Moroccan and does not suffer any form of persecution, the Israeli- Palestinian conflict has an impact on the way some Moroccan Muslims view their fellow Moroccan Jews, causing an increase in cases of anti-Semitism, according to the US department of state.

The report notes that there were reports of public anti-Semitism. On July 11, 2004, a man attacked Rabbi Moshe Ohayon, who was walking to his synagogue in Casablanca, allegedly in response to the conflict in Gaza.

The attack occurred during the Israeli deadly air offensive on Gaza in July 2014, which caused an outrage around the world.

The same individual threw stones at another Jewish citizen, a few days later. In November, he was sentenced to 10 months in prison, over anti-Semitism charges.