Rabat - A young Moroccan woman was attacked by a large crowd of teenage boys with water, eggs and flour in Casablanca last week. 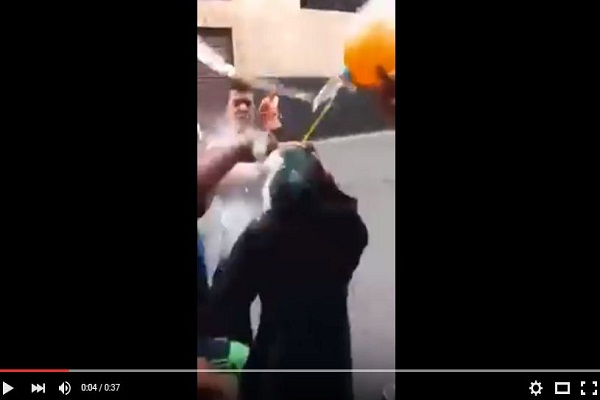 By
Aziz Allilou
-
Aziz Allilou is a student at the Higher Institute of Media and Communications (ISIC) and Morocco World News correspondent in Rabat.
Oct 28, 2015
Spread the love

Rabat – A young Moroccan woman was attacked by a large crowd of teenage boys with water, eggs and flour in Casablanca last week.

A video showing the shocking scenes was posted online, sparking outrage in Morocco. In the video, the girl, dressed in a black colored Abaya, is seen brutally attacked by dozens of teenage boys, as she was passing by them, in a popular neighborhood in Casablanca.

The mob threw water, eggs and flour at the young girl who was frightened and screaming for help. The footage also shows one of the attackers trying to pull the young woman down from her hair, causing the victim to wince in pain.

The mob kept assaulting the victim until a passerby interfered to rescue her from their hands. The teenage crowd, then, started shouting at him and labeling him as “Anaab,” which means “seducer or womanizer” in Moroccan dialect.

In recent years, some Moroccan started celebrating this holiday in a peculiar way with young boys engaging in water fights.