Morocco World News
Home Highlights on Morocco The Strength of a Nation United by its People: Morocco’s Green March

New York - This Friday, November 6, the Kingdom of Morocco commemorates the 40th Anniversary of the Green March that took place on the same day in 1975. 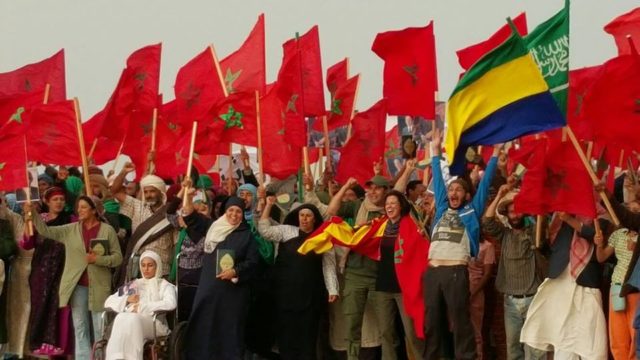 New York – This Friday, November 6, the Kingdom of Morocco commemorates the 40th Anniversary of the Green March that took place on the same day in 1975.

Forty years ago, Morocco’s late King Hassan II was the pivotal figure who mobilized the 350,000 volunteers who marched into the Sahara region to reclaim their southern provinces.

Moroccans did not hesitate to obey, sacrifice and accept with high enthusiasm the call to action by their King. The call to freedom and sovereignty of their country; the call that changed the course of a nation.

Forty years have passed — forty years of pride, struggle, joy, enthusiasm, unity and every feeling of nationalism one can have for his or her homeland. After forty years, the Moroccan people all over the globe come together as one and celebrate the anniversary of the largest demonstration of solidarity and unity ever recorded.

Every year Moroccans from every walk of life forget their differences and look forward to November 6 to manifest their desire for peace and territorial integrity.

To all Moroccans, the Sahara was, is and will always be part of their territorial sovereignty, and the Green March of 1975 set the stage for their tireless fight to regain a loved and cherished part of their land.

All around the globe, the Moroccan sentiment of determination, courage, sacrifice and the drive to share with the world that Moroccans are one undivided nation, one land, and one [sensibility/consciousness], is evident in their actions.

Overcome by the same enthusiasm that those 350,000 volunteers felt in 1975, Moroccans demonstrate with each passing year that they have not changed and their country’s unification is just as important today as it was 40 years ago.

King Hassan II left a legacy and King Mohammed VI maintains intact the honor of his Kingdom and encourages each and every Moroccan to the value his or her nation.

To remember such a proud day to all inhabitants of the North African country, from Tangier to the southernmost tip of the Sahara region, Moroccans immortalize the Green March every November 6.

The Green March celebrations of 2015 are without a doubt leaving a mark not only in Morocco but also among the Moroccan diaspora  and even through social media networks.

King Mohammed VI will be in the Saharan city of Laâyoune to celebrate the 40th Anniversary of the Green March, in the region where it all took place.

International football legends are donating their time and talent to a gala soccer match for charity, in honor of the march that transformed a nation.

Every major city, town, villa, neighborhood, and Moroccan home will be remembering such a visionary historical moment.

Some of the most active communities of Moroccan-Americans in the US, in Washington, DC, Central Florida, New York and Boston, will be waving the Moroccan flag high with festivals, dance, music, Moroccan cuisine, family entertainment, and more this November 6, 2015.

The Moroccan American Chamber of Commerce, Chabab Orlando and their many sponsors will be presenting a Moroccan Heritage Night at the Orlando Magic NBA game, accompanied by Morocco’s finest superstars such as Souiri, Hatim Idar, Sami El Omari, including a performance by world-renowned singer Douzi, on November 6.

Premier Events in Sterling, Virginia, just outside of Washington D.C., will open its doors November 6 to the Moroccan community to host a special night sponsored by the Moroccan Embassy honoring the Green March and listening to the Speech of the King, from Laayoune in the Sahara.

Celebrations in Florida will continue with the Third Annual Moroccan Heritage Festival on November 8 and a weekend of Moroccan traditions and entertainment on November 21 and 22 with performances by Hatim Ammor, Rachid Allali, Ahmed Chawki, Asma Lmnawar, and Douzi, among others.

The Moroccan diaspora in Boston and New York will enjoy their share of Green March events with performances by Douzi, Abdellah Daoudi, and Nouredinne Al Maghribi on November 27 and 29, respectively.

Even social media platform Facebook is making its contribution with millions of Facebook users showing on their profile pics that Moroccans love the colors of their flag and will mobilize in a heartbeat to defend and honor their country.  Moroccans are visually demonstrating their support for their roots using the Profilepictureflag website to add a transparent layer of the image of the Moroccan flag over their profile pictures.

Morocco has given the world an example of passion, perseverance, purpose, courage, harmony, faith, prosperity, compelling power, triumph, and — most importantly — has proven the strength of its unity to teach a lesson of peace.

Moroccans know that the power of a unified nation is stronger than any weapon of destruction. May God always protect and prosper Moroccans in every corner of the world. Let us all join and commemorate the 40 years of Morocco’s Green March! 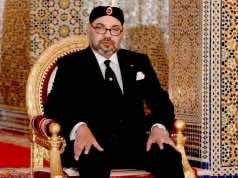