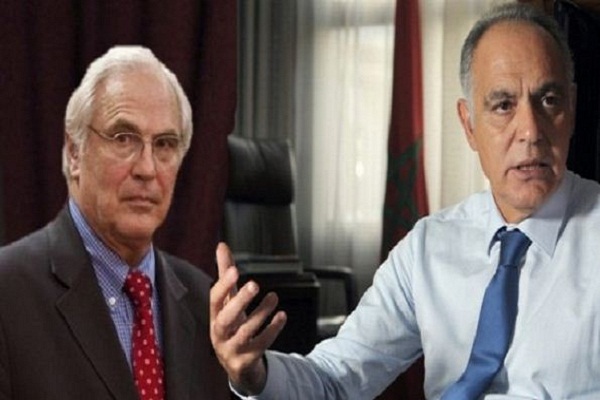 By
Aziz Allilou
-
Aziz Allilou is a student at the Higher Institute of Media and Communications (ISIC) and Morocco World News correspondent in Rabat.
Nov 8, 2015
Spread the love

Morocco’s Foreign Minister Salah Eddine Mezouar made the statement during an interview with Spanish news agency EFE, a few days after United Nations chief called for “true negotiations” to end the four-decade long deadlock over the region.

“He [Christopher Ross] has nothing to do here [in so called Western Sahara] of course,’’ Mezouare told EFE on the sideline of King Mohammed VI’s visit to Laayoune to mark the 40th anniversary of the Green March day.

He added that Morocco will not allow the UN special envoy to meet with “whoever he wants in Laayoune.”

The Moroccan top diplomat went on to say that Morocco banned a previously scheduled visit of Ross to the so-called Western Sahara.

“When Ross arrives in Morocco, he comes to meet with Moroccan officials, meaning he should meet with them in the Moroccan capital, Rabat,” Mezouar explained.

According Mezouar, “part of his (Ross) mission is to facilitate negotiation, by traveling to Algiers, Tindouf and Rabat.”

Mezouar pointed out that as the Secretary General granted Ross his confidence, “there is no reason why he should not continue his mission.”

“We respect him [Ross]. But when he acts beyond his mission, we tell him. We explain to him and he understands,” Morocco’s foreign minister concluded.

This comes a few days after Christopher Ross intensified visits to the region and Europe recently to facilitate negotiations without preconditions and in good faith, according to Secretary-General Ban Ki-moon’s office.

On Saturday, approximately 30,000 Sahrawis protested the UN presence on the territory, in a sit-in outside the headquarters of the United Nations Mission for the Organization of the Referendum in Western Sahara (MINURSO), in Laayoune.

Protestors called on the UN mission to leave the territory and reaffirmed their attachment to the autonomy plan under Moroccan sovereignty, a proposal that has been described by a number of influential countries as “serious” and paving the ground towards finding a settlement to the conflict.