Rabat - Morocco will ban its citizens from going to work as domestic servants in the Gulf state of Saudi Arabia amid abuse claims as of December 7. 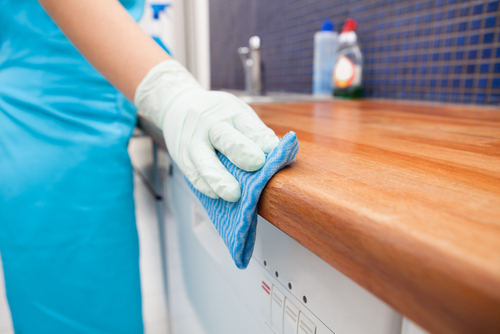 Rabat – Morocco will ban its citizens from going to work as domestic servants in the Gulf state of Saudi Arabia amid abuse claims as of December 7.

In an aim to “spare Moroccans” from facing “compromising situations” the Ministry of Foreign Affairs and Cooperation will no longer validate maids’ employment contracts.

A recent video making the rounds on social media shows a Moroccan domestic servants working for a family in Jeddah recounting her ordeal.

“She forces me to stay, she tortures me.” the woman says, claiming her Saudi employer took her money and does not allow her to leave the house.

“The Saudi woman tells me I will never leave. I warned her that I will call the police. She says: ‘I don’t care do what suits you, I am just not letting you go away’.”

The maid, who says the Saudi’s woman husband live in Morocco with his second wife, claims he told her she would be free to go if she pays him money to let her go.

“Despite paying him back, I am still under house arrest having to deal with torture and abuse. His Saudi wife tells me no matter what I do, I will be staying here, working for free, unless [she wants to] depending on [her] mood.”

“The contract I have with her is a fraud.”

Workers’ abuse in the Gulf state is reported to be severe. Earlier this year, a 58-year-old Indian maids’ hand was allegedly chopped off for attempting to flee her employer. The employer rebutted this claiming it had to be amputated after it was badly damaged in her attempt to flee by jumping from a window.

The decision by the Moroccan government comes after similar moves in countries like Indonesia. In May, the Indonesian government imposed a ban on workers – comprising of mostly domestic workers – in the Middle Eastern country because “regulating their protection was ineffective,” reported The Jakarta Post.

Manpower Minister Hanif Dhakiri said: “The ineffective protection of domestic workers, mostly women, had led to many abuses apart from a low wage level of up to 3 million rupiah [$229.79], which is lower than the minimum wage of Bekasi,” the industrial area east of Jakarta, which is 3.2 million rupiah.

In February, Sabq, a Saudi newspaper reported Saudi wives did not want to allow housemaids from Morocco and Chile on the grounds they are “beautiful and not as patient as Asian maids,” according to Emirates 24|7.

It’s estimated about 30 per cent of Saudi Arabia’s workforce is comprised of foreign workers.