Rabat - Two Moroccan men and a Spanish woman were arrested this Saturday over alleged links to the so called Islamic State, announced a statement by Spanish Ministry of interior. 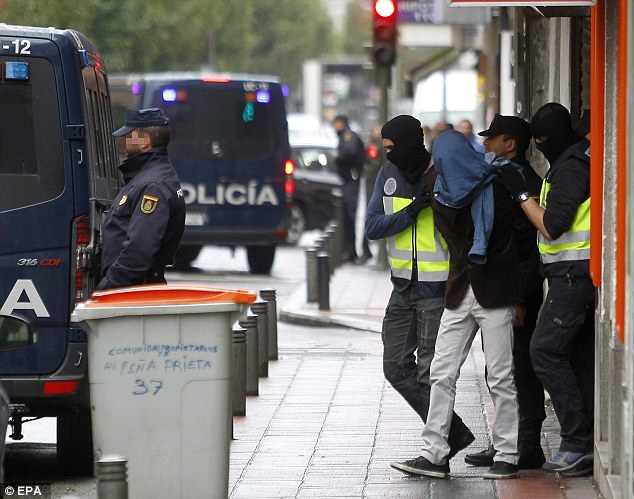 Rabat – Two Moroccan men and a Spanish woman were arrested this Saturday over alleged links to the so called Islamic State, announced a statement by Spanish Ministry of interior.

The Moroccan nationals, aged 42 and 32, are both from Tangiers, northern Morocco. The Spanish interior ministry’s statement said they were arrested in the city of Barcelona, where they were sharing an apartment.

They had been spreading the ideology of Islamic State via social networking sites, targeting in particular young women, according to the same source.

The statement said Spanish police arrested the 24-year-old Spanish woman in the northeastern city of Granollers, about 30km northeast of Barcelona, on the same day. She had been planning to join the military ranks of ISIS.

Official figures announced by the Moroccan government spokesman, Mustapha El Khalfi on Thursday, revealed that nearly 2,200 suspected terrorists were arrested in Morocco since 2002.

The Moroccan services have dismantled over 15 terrorist cells during the first nine months of 2015, and more than 140 cells since 2002.