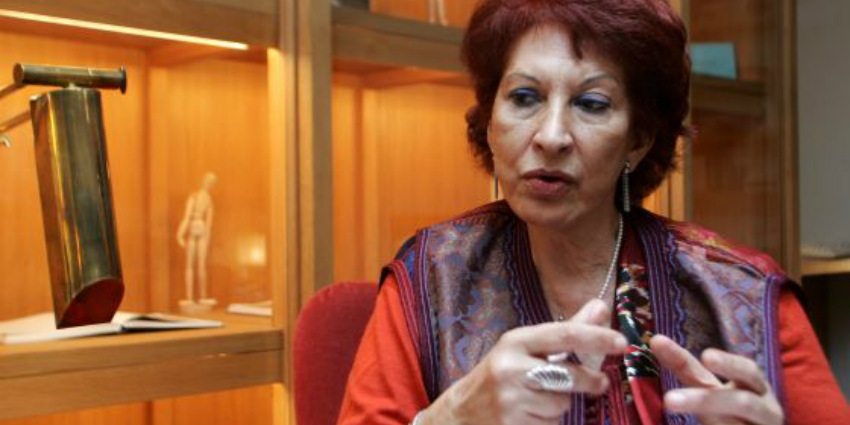 Fez – Born in 1940 in Fez, Fatima Mernissi received her primary and secondary education in one of the first co-ed private schools in Morocco. She then studied sociology at Mohamed V University in Rabat before pursuing her studies in France and the USA. Back in Morocco, she taught sociology at Rabat university and was then nominated member of the University Research Institute and member of the UN University Council.

Mernissi became aware of the dynamics of male-female segregation very early in life. Her autobiography novel, Dreams of Trespass, which met wide acclaim and has been translated into no less than 24 languages, expresses this awareness and her attempts to understand and trespass the hududs (frontiers) of Arab-Muslim space-based patriarchy.

Although most of her texts are non-fiction essays, Mernissi often uses the techniques of a fiction writer, often mixing science with scholarly analysis and literary art. She communicates her thinking in a refreshing, engaging and persuasive voice that combines creativity with the shrewdest intelligence.

Mernissi’s subject matters are diverse and far-reaching but three main themes are recurrent: women, modernity and Islam. For her, sexual inequality is a prominent feature of both Islamic and Western societies in spite of the fact that the underlying concepts of female sexuality in Christian and Muslim traditions are very different.

In Islamic societies, Muslim theorists often view women’s sexuality as a threat to civilized society, creating thus a clash between these societies and the requisites of modernization and resulting in blunt contradictions. Reflecting on these contradictions, Mernissi set out, with rare courage, to tackle the most sensitive topics in the Arab-Muslim societies: dependence, absence of democracy, impotence, the crumbling of the frontiers of “the house of Islam,” etc.

Her first book, Beyond the Veil: Male/Female Dynamics in Modern Muslim Society (1975), still a classic although controversial, establishes her as an Islamic scholar because of her interpretations of the Qur’an. Her other book, Sex, Ideology and Islam (1983), made her famous in the whole world. However, the real “scandal” was The Political Harem (1987) subtitled “The Prophet and Women”.

For the first time, a Muslim scholar uses her right to investigate and interpret her own history, going back to its prestigious origin. Mernissi’s findings were very encouraging, but scandalous for tyrants and machos. Various fundamentalist groups threatened her in spite of the fact that she never attacked Islam as such.

Ever since, Mernissi steamed over by publishing successively Shehrazad is not Moroccan (otherwise she would have been salaried) in 1987, Forgotten Queens (the history of Muslim women heads of state) in 1990, and Islam and democracy: Fear of the Modern World (1992), with a subtitle “Islam-Modernity Conflict.” Fatima Mernissi’s work has been recognized in the whole world. She received the prestigious literary prize of Prince of Asturias in 2003 for her prolific and profound œuvre and for the aesthetic quality and depth of her ideas.

In addition to writing, Fatima Mernissi is also known for her study of the Moroccan civil society. She founded the “Civil Caravan” and the Collection “Women, Family and Children” in the first years of the twenty-first century..

Fatima Mernissi will remain an icon of freethinking about women, modernity and Islam in a troubled era. Her staunch belief in her ideas and her vast knowledge about her topic single her out as an outstanding woman.

Mernissi generations of men and women not only in Morocco, but also in North Africa, the Middle East and beyond. Her legacy is unique and her so will the impact of her work be. Navigating between the local and the international she was able to reach people of all ages, political backgrounds and schools of thoughts.

Fatima Sadiqi is Professor of Linguistics and Gender Studies (MA, PhD) in the University of Fez. She is a Woodrow Wilson Center Fellow. She is also the co-Founder, International Institute for Languages and Cultures (INLAC) and the Director, Isis Center for Women and Development.