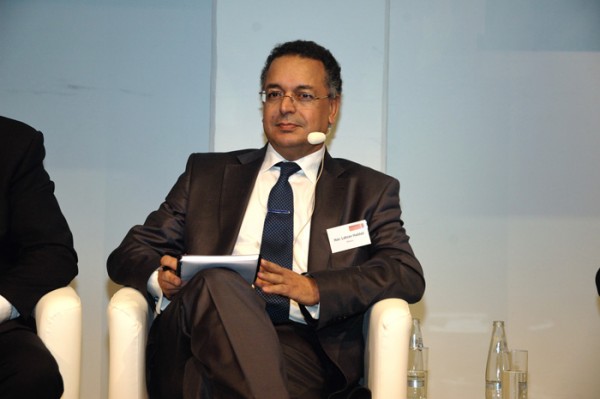 Rabat – Lahcen Haddad, Morocco’s Minister of Tourism, commented on a recent statement by Charafat Afilal, Minister Delegate to the Minister of Energy, regarding the retirement pensions of ministers and representatives in the Parliament.

“The issue of the pensions of ministers and representatives is a long subject that needs a serious debate,” he said during a conference at Maghreb Arab Press media forum on Tuesday.

Minister Haddad’s statement is the first governmental comment since the public outcry against Afilal on the issue of the pensions of representatives and ministers.

Last week, the Minister Delegate said on a TV program on Al-Aoula that the pensions of representatives, which amount to 8,000 MAD/month, are just “two Francs”(peanuts) and that discussing the issue is a “populist matter.”

Since Afilal’s statements were made, Moroccan social media users have been mocking the Minister Delegate.

The Minister’s comment sparked debate among Moroccan social media users, especially on Facebook, who are now asking the government to reduce the salaries and privileges of both ministers and representatives.

Opponents of the controversial pensions argue that ministers and representatives chose to work in the short-term for their terms of office and that they do not deserve to benefit from a retirement pension for the rest of their lives.

They say that MPs are doing a temporary service to the public that does not warrant such high salaries, privileges, or pensions until the end of their lives.

Afilal raised this issue soon after some representatives suggested a draft bill asking the government to permit ministers and representatives to bequeath their pensions to their children after they die.

Under current law, Moroccan representatives and ministers receive a pension for their entire lives after only one term of service. This has enraged many Moroccans who suggest that the government should reduce the pensions to a limited period after the end of the representatives’ service.