Rabat - Morocco follows with “great attention” the angry protests that have led to a series of turmoil and violence in Saudi Arabia and Iran, after the execution of Shia cleric Nimr Baquir al-Nimr on Saturday. 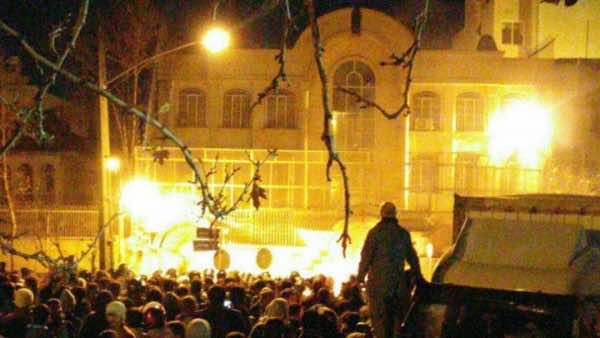 Rabat – Morocco follows with “great attention” the angry protests that have led to a series of turmoil and violence in Saudi Arabia and Iran, after the execution of Shia cleric Nimr Baquir al-Nimr on Saturday.

Following the demonstrations in Saudi Arabia and Iran denouncing the beheading of al-Nimr and other individuals “tried for terrorist acts and undermining state security,” Morocco follows with “great attention” the developments and “fears that the current excesses will take an unmanageable dimension in the hours and days to come,” Moroccan Ministry of Foreign Affairs and Cooperation said in a statement on Sunday.

“Morocco is counting on the wisdom of the Saudi and Iranian officials to prevent the current situation from spreading to other countries in the region already facing many challenges and multiple elements of fragility,” the ministry added.

The execution of the Shiite leader has angered Shiite communities in Saudi Arabia, Iraq, Lebanon, Bahrain and Yemen.

The United Nations, the United States and the European Union (EU) fear this incident will ignite tensions between Shiites and Sunnis in the region.

Secretary General of the UN Ban Ki-moon urged “calm and restraint in the reactions to the execution” and called on “all leaders of the region to seek to avoid exacerbating sectarian tensions”.

In addition, dozens of angry protesters gathered outside the Saudi consulate in the city of Mashad, in northeastern Iran, on Saturday afternoon, and lit portion of it on fire.

Tehran’s prosecutor announced the arrest of 40 protesters, and said the investigation continues “to identify the others responsible for this incident”. Four other protesters were arrested in Mashhad.

Iran’s President Hassan Rouhani denounced the protests but called them “unwarranted” attacks against the Saudi missions that diplomatic police should have been “protecting”.

Shia leader al-Nimr was a vocal supporter of the mass anti-government protests that erupted in Eastern Saudi Arabia in 2011.

He was sentenced to death in October 2014 charged with “terrorism,” “sedition”, “disobedience to the ruler” and “bearing of arms” by a Riyadh court. The NGO Amnesty International denounced an “unfair trial”.

“The crime of executing Sheikh Nimr is part of a criminal pattern by this treacherous family… the Islamic world is expected to cry out and denounce this infamous regime as much as it can,” he added.

Meanwhile, following the demonstrations, the Saudi Foreign Ministry in Riyadh called on the Iranian ambassador to protest against the “aggressive statements” in Tehran, saying they represent “a flagrant interference in the affairs of the kingdom.”

Saudi Arabia justified the executions on the basis of terrorism and accused Iran of “ranting about human rights,” when Tehran conducts executions “without clear legal framework” and is “the last one to accuse others of supporting terrorism”.