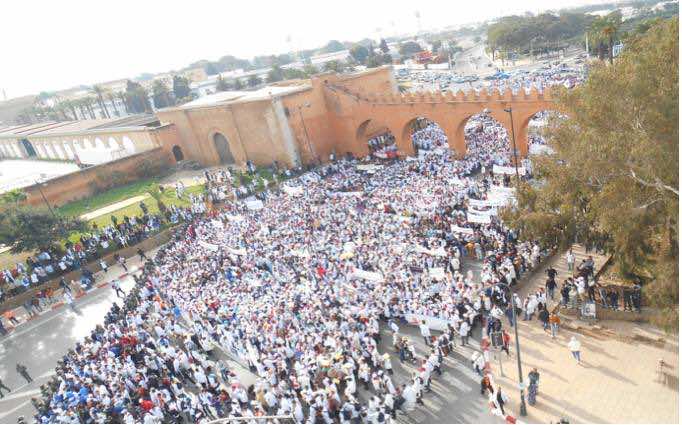 Marrakech – Lawyers defend human rights, doctors save people’s lives, but teachers inspire and enlighten their students’ minds and work as instruments of change forging a better future where humans are dignified and people’s lives are not at risk. Teachers are the roots of change at all levels and form a key factor in a nation’s development. They should be honored, praised, and respected for their significant sacrifices and exceptional jobs they do, both during their training and after they are appointed to teaching positions. The treatment of teachers has become an issue of heated debate in Morocco.

Moroccan teacher trainees from different regional centers across the country have been boycotting courses and practicums for almost three months now, calling for the annulment of two ministerial decrees launched by the government this year. The first decree had to do with divorcing training from recruitment. In previous years, anyone wanting to become a teacher needed to meet certain criteria, some of which are their academic qualifications, either a BA or MA degree. Those who met the criteria went through a pre-selection process that separated out only the high achievers who then had to sit for a written exam and then an oral one. Those who were lucky enough to pass these rigid measures were accepted into the program as “teacher trainees.” At the end of their training period, they would be appointed immediately. Under the first new decree, not all teacher trainees will be appointed to teaching positions. The second new decree reduces teacher trainee grants by nearly half.

The government said the two decrees are meant to ensure good quality education. However, the measures they implement are not, logically, in parallel with the government’s policy. For instance, what does reducing teacher trainees’ grants have to do with ensuring good quality education? Surely, it is the other way around because most trainees have to pay for rent, food, dress, references, etc. Therefore, a major part of their attention span will be directed to those matters than concentrating on their training. In addition, public schools suffer from overcrowded classrooms, sixty and even seventy students in some schoolrooms. Plus, a great number of schools is not equipped with the materials needed for “quality education,” namely, sufficient classrooms, electricity, water, tables, computers, and the list goes on. The government should reconsider its decisions, and instead of putting the blame on teachers, it should provide a suitable environment for learning; that’s where quality education stems from. 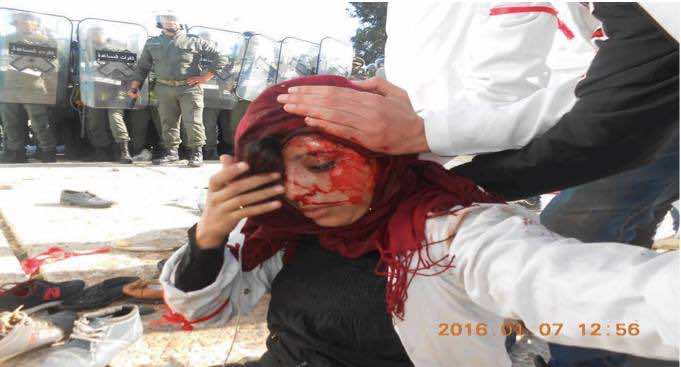 The second part of the policy rejected by teacher trainees is, as stated above, meant to exclude more than 3,000 trainees out of 10,000 trainees this year from being appointed at the end of their training period. As a result, more than 3000 unemployed teachers will be directed to private sector. This policy, for trainees, is a clear sign that the state encourages privatization at the expense of public sector. How come a country suffering from 10% unemployment, 6.2% poverty (as stated in the World Bank report, “almost one Moroccan out of four is poor in rural areas compared to one out of ten in urban areas”) and low incomes (almost two USDs per day) pushes for privatizing the public sector? How come a country having no solid economic growth, and almost 48% of adult illiteracy calls for privatization? Has Morocco created the conditions and paved the way for privatization as in the West where it is a driving force for development and not a means to enlarge discrimination gap between the poor and the rich? The answer to these questions is obvious, Morocco is totally different from the West where the private sector is doing fine.

The irrational, opposed fiat has also taken trainees to streets, calling for their legitimate rights, which are to withdraw the decrees issued by the government. Many national and regional peaceful protests took place all over Morocco as a clear message for the government to rescind its decrees which are illegitimate since they were not discussed in the Parliament, and did not engage specialists in the field of education, but what happened was a disaster.

Protestors faced brutal attacks by the police in an attempt to disperse the protests. On January 7, 2016, or what is now being called “Black Thursday,” Moroccan teacher trainees were subjected to terrible assaults in different regions of the country, for no other reason than that they were protesting peacefully against the decrees. These attacks caused hundreds of injuries, broken bones, dislocations, facial deformities, and worst, psychological consequences for those who were assaulted, their friends, their family members, and others shocked at the videos that were widely shared through social media. The savagery of the police violated all the norms of the international law which guarantee people’s right to protest and also infringed item 22 in the Moroccan constitution which protects its citizens against any harm from any one no matter what their position is.

What Morocco’s future teachers went through shows that liberty, democracy and freedom in Morocco are but a myth. How is it that a country, like Morocco, advocating human rights in international conferences and through media can so ruthlessly suppress any form of peaceful protest? The answer is obvious: hypocrisy is the norm and the decrees have become a bone of contention.

Simultaneously, teachers in other parts of the world, Finland for example, are treated well, honored for their efforts, well paid, respected for who they are, praised as they represent the backbone of the nation, and dignified. That is where democracy and freedom lie not where teachers are bleeding and screaming as their legitimate and basic human rights are violated.

Personally, I have never seen a developed country where teachers are treated so cruelly, humiliated, brutally beaten, and assaulted. Meanwhile, can a country, any country, strive for change and development without investing in its teachers first? Can human values give their fruits without valuing teachers, those who burn themselves to enlighten others’ lives? Of course teachers are candles that burn themselves for others, but they first must be ignited. Unfortunately, the government chose to turn off that light that was about to enlighten pupils’ minds.