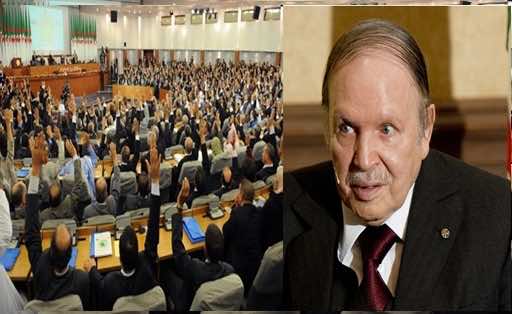 Notable amendments to the constitution reaffirm the rights of Algeria’s indigenous people and restrict foreign influence in domestic governance. Accordingly, the new draft includes a provision to build an Algerian Academy for Berber Language to accompany the officialization of the language alongside Arabic. The new constitution bars Algerians with dual citizenship from running for high positions in public office.

Though the reforms reestablish a firm two-term limit for the president, 78-year old President Abdelaziz Bouteflika – who was commended as “the architect of the new Algerian republic – will be allowed to complete his fourth term in 2019 and will be afforded the opportunity to run for a fifth term afterwards, if he so desires. The new article prohibits future changes to the rules.

The revisions also require that the prime minister, now appointed by the president and approved by the legislature, be of the dominant party in the parliament.

Legal experts and analysts agree with the sentiments of Algeria’s opposition parties – many of which boycotted the vote – that the reforms are superficial and unlikely to create real change, citing the ruling party’s relentless grip on the government. Bouteflika’s National Front for Liberation party controls both legislative chambers of the parliament that voted on the amendments.

“The Bouteflika administration decided to take the draft amendments of the new constitution through the parliament instead of holding a referendum, because it is afraid of asking for the Algerian people’s approval,” Mohand Ikharbane, a senator and member of the opposition Rally for Culture and Democracy party, was quoted by Al Jazeera a saying.

The amendments also include provisions for the establishment of an electoral commission to oversee elections and explicitly guarantee the freedom assembly and the press. The opposition, however, remains unconvinced.

According to Ali Benflis, a former prime minister who ran against Bouteflika for president twice, the reforms are a “ploy” by Bouteflika to “simply buy time and stay in power”.

Though the constitution provides written support for democratic values, the process for the implementation and enforcement remains unclear as the country of 40 million struggles to transition from a military-dominated political system to a democratic one.