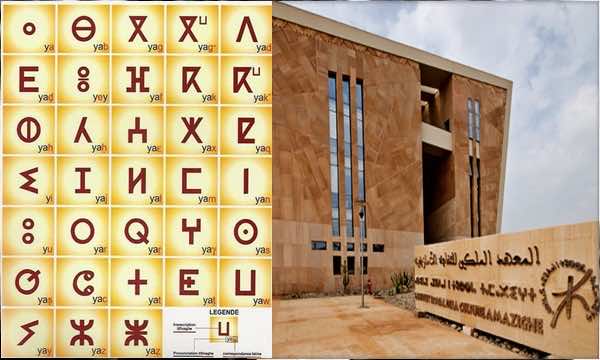 Rabat – Tifinagh, the Amazigh alphabet, has seen significant technical advancement since the Royal Institute of Amazigh Culture adopted the symbols 13 years ago, according to the theme of a symposium organized by the institute in Rabat.

The symposium, held on Wednesday, was titled “Tifinagh symbols: from rock carvings to technological software.” It discussed the successful integration of the Amazigh language in media, and scientific research thanks to the efforts of the institute.

A statement from the organizing committee added that celebrating the 13th anniversary of this adoption has special significance, since “[the day] comes at a crucial point in history marked by a debate about regulatory laws to formalize the Amazigh language and the preparation of a new law that will govern the National Council for Moroccan Languages ??and Culture.”

Ahmed Baucus, director of the institute, explained that the Tifinagh symbols have particularly progressed in the field of education and literary creativity in the past 10 years.

At 5,000-years old, the Amazigh language is one of the oldest on the planet and is a sister language to Ancient Egyptian hieroglyphics. Before Arab armies settled in North Africa in the seventh century, the language was widely spoken by the Amazighi inhabitants of the region. Despite the dominance of Arab culture that accompanied mass conversions into Islam, the language was persevered through oral tradition. Support for Amazigh language and cultural studies was virtually nonexistent in the Kingdom before long-term efforts by Amazighi activists led to the formation of the institute in 2003.

In 2005, the BBC reported on the introduction of the Tifinagh script in the elementary curriculum in a village in the High Atlas Mountains.

“Now that the ministry of education here in Morocco has integrated our language into public schools, we, as Amazighs will find our identity again,” said Sadia Bussta, a local Amazigh woman who speaks Berber with her family, but only learned to read and write in Arabic during her schooling.

“We are proud that our children can read and learn in our own language,” she said.