Paris- According to the the latest list of the 50 world’s most beautiful cities released by Condé Nast Traveler, Morocco’s northern City of Chefchaouen ranks sixth among the top ten most beautiful cities, dethroning Paris, which remains in the top 10 in the 7th place, followed by Cape Town (South Africa).

Paris- According to the the latest list of the 50 world’s most beautiful cities released by Condé Nast Traveler, Morocco’s northern City of Chefchaouen ranks sixth among the top ten most beautiful cities, dethroning Paris, which remains in the top 10 in the 7th place, followed by Cape Town (South Africa).

“Tucked high in Morocco’s Rif Mountains, the all-blue town of Chefchaouen is a calming respite from the overwhelming frenzy of Marrakech and Fez. The Jewish refugees from Europe who lived there during the 1930s first painted the city (either to symbolize heaven or as a mosquito repellent, depending on who you ask), and now the town is known as “The Blue Pearl.” The town still keeps the tradition alive: Each year, the houses are washed with new coats of paint,” according to the British magazine.

Founded in 1471 as a small fortress by Moulay Ali Ben Moussa Ben Rached El Alami to protect northern Morocco from Portuguese invasions, this charming city of about 40,000 inhabitants has become over the years one of the most popular tourist and shopping destination.

Located in Morocco’s Rif Mountains, the City of Chefchaouen or Chaouen for short, has plenty to impress every traveller. Often named “the Blue Pearl” because of its blue-rinsed houses and buildings, Chefchaouen has beautifully preserved a unique heritage from the Jewish, Arabic and Moorish communities who were living there through the centuries.

Chefchaouen’s astonishing diversity is without a doubt a must-see stop in your itinerary if you are looking for a more traditional and oriental experience. 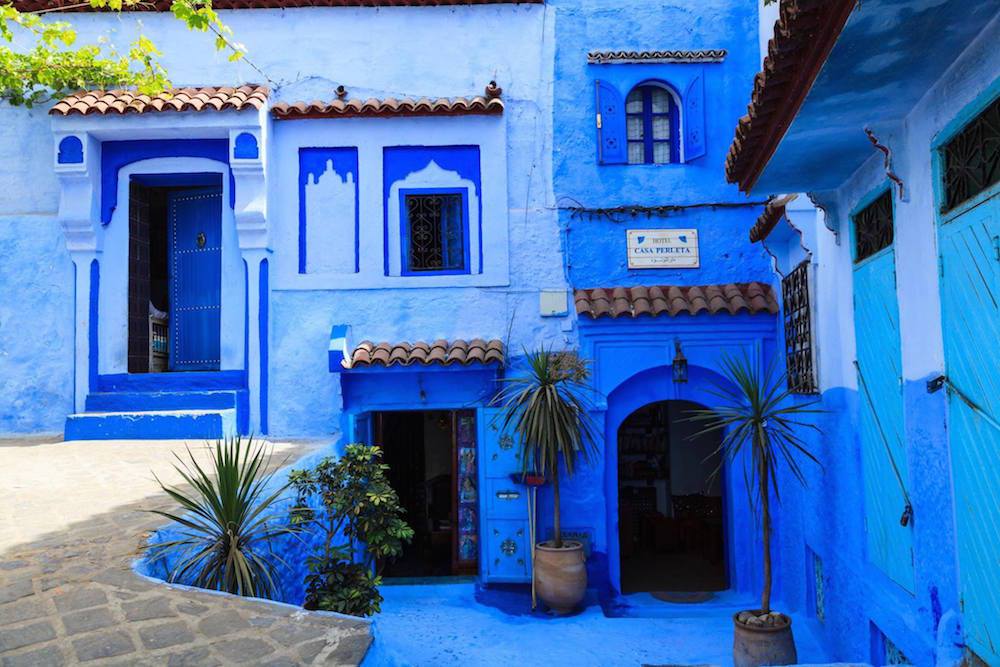