Rabat - Morocco has decided to give up its right to host the ordinary session of the Arab Summit, initially scheduled to be held next March.

Rabat – Morocco has decided to give up its right to host the ordinary session of the Arab Summit, initially scheduled to be held next March.

Upon High Instructions of King Mohammed VI, Morocco’s Minister of Foreign Affairs and cooperation Salaheddine Mezouar informed Secretary-General of the Arab League Nabil al-Arabi of Morocco’s decision to give up its right to host the ordinary session of the Arab Summit.

This decision has been taken based on the provisions of the charter of the Arab League, consultations with a number of brotherly Arab states, and conscious, responsible and committed thinking in favor of the efficiency of the joint Arab action and the necessity to preserve its credibility, the Ministry of Foreign Affairs and cooperation pointed out in a statement.

In the wake of the ongoing challenges in the Arab World, the Arab Summit could not be an end in itself or an occasional ordinary meeting, the statement said, stressing that the objective conditions to guarantee the success of the Arab Summit and take decisions that live up to the situation and the aspirations of Arab peoples are not met.

Given the absence of important concrete initiatives which could be submitted to Arab Heads of State, this summit will only be an occasion to take ordinary resolutions and deliver speeches which pretend to give false impression of unity and solidarity between Arab States, the statement added.

The Arab world is going through a difficult period. The hour of truth has come. The leaders of the Arab countries cannot just, once again, carry out a simple bitter diagnosis of the situation, differences and divisions in the Arab world, without providing decisive collective answers to face this situation, in Iraq, Yemen and Syria, where crises get further complicated because of the many maneuvers and regional and international agendas, the statement said.

Similarly, the leaders of Arab countries cannot stand idly by in the face of the economic and social problems of their peoples, or just watch the unfolding tragedies of the Arab citizen.

Morocco does not want this summit to be held on its soil without bringing added value within the framework of the defense of the first cause of Arabs and Muslims, namely the Palestinian issue and Al Quds, while the Israeli settlement and violations continue on the occupied Palestinian territories, where the number of Palestinian deaths and prisoners continues to increase, the statement said.

Like all brotherly Arab countries, the Kingdom of Morocco aspires to hold a summit of the Arab awakening to renew the solidarity-based and joint Arab action as the only way to give anew hope to Arab peoples.

This inspires the constructive contribution and the recognized role of Morocco in supporting the political process in Libya, which led to the historic agreement of Skhirat and the formation of a national unity government in this Maghreb country.

The common construction of the future of Arab countries is the best guarantee of stability and a bulwark against the resurgence of regional tensions, the rise of extremism, violence and terrorism, which undermine the foundations of the modern State and our ancestral values, the statement added.

Morocco will continue its constant action in the service of the just Arab issues and against the sectarian divisions that stimulate withdrawal and extremism and to promote the role of the Arab League as a catalyst for large-scale social projects, the statement concluded. 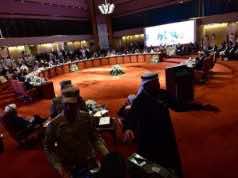 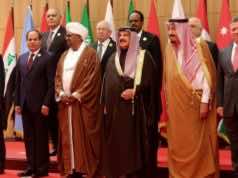 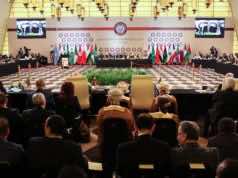