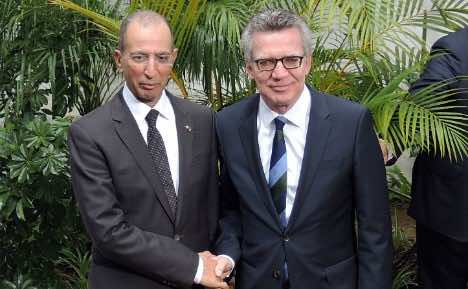 Rabat – Morocco agreed on Monday to take back Moroccans who have had their asylum application rejected by the German government, according to The Local, a German news source.

The pledge was made by Mohamed Hassad, Morocco’s Minister of the Interior, after a meeting with his German counterpart, Thomas de Maiziere. The German minister recently began a tour of North Africa to urge Morocco, Algeria, and Tunisia to cooperate and take back their nationals once their asylum cases have been turned down.

Last week, Berlin sent letters to the 17 countries it believes to be most reluctant to cooperate on the issue. Most of the countries are from North and West Africa and South Asia.

Before his trip to the region, Maiziere said many of the rejected applicants did not have their travel documents or gave false identification information, making it increasingly difficult to send them back to their native countries.

Hassad and De Maiziere agreed to focus on identifying those Moroccans who sought refugee in Germany during 2015 while pretending to be Syrian.

Germany is currently considering putting Morocco, Algeria, and Tunisia on a “safe countries of origin” list, which would make it harder for people from those countries to be approved for asylum, the newspaper reported.

Pointing to discrimination against homosexuals and curbs on free speech, some human rights groups have opposed a “safe” designation for the three Maghreb countries.