Rabat - An online petition calling on the Moroccan government to lift the ban on VoIP services receives 5,000 supporters in one day. 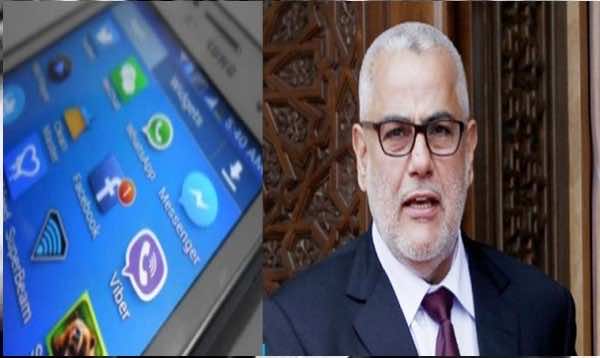 Rabat – An online petition calling on the Moroccan government to lift the ban on VoIP services receives 5,000 supporters in one day.

A petition directed to President Abdelilah Benkirane, urging him to lift the recent ban on VoIP services, was posted to online petition site Avaaz.com on Wednesday. As head of the Moroccan government, Benkirane also serves as the president of the board of directors of ANRT.

Ghassan Benchiheb, the social network strategist for Benkirane and the Justice and Development Party, created the petition and shared the link on his Facebook wall on Wednesday. Within 24 hours, almost 5,000 people have signed their name in support of the initiative.

The petition comes in the midst of ongoing protests against the National Telecommunication Regulatory Agency’s (ANRT) ban on Wifi-enabled voice calls connected through mobile applications, such as Skype, WhatsApp, Viber and FaceTime.

Written in Darija, or the Moroccan dialect of Arabic, the petition outlines the reasons why Moroccans use VoIP services in their personal and professional lives.

“You are youth entrepreneur and have done an online project,” one line of the petition reads. “You have customers in the U.S., France, and Japan and you want to reach an understanding with them; you want to see them, you want them to see you. That’s why you use the [Facebook] Messenger and Skype.”

In early January, ANRT had justified the ban by explaining that “the regulatory provisions governing the provision of telephone services (VoIP or other) are clear and those services can be provided only by holders of telecommunications licenses.”

ANRT temporarily lifted the ban in early February after Moroccans carried out a boycott against Moroccan telecom companies on January 17th and 18th. The restrictions were reinstated on February 26th.

on Wednesday, INWI Morocco’s third telecom company, announced its withdrawal as a sponsor of the Maroc Web Awards as a result of the ban, which the company said it “does not benefit from.”

Morocco is said to be following the lead of the United Arab Emirates and Egypt; both Arab countries banned VoIP-enabled services over the course of last year.