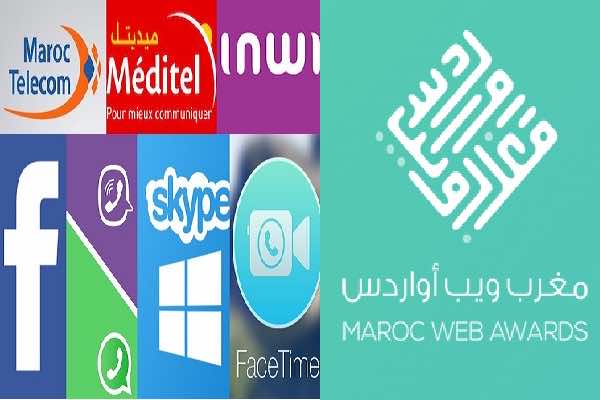 The decision comes amid the uproar caused after Morocco’s telecom providers decided last Friday to extend the ban on VoIP calls on Skype, FaceTime and WhatsApp to Wifi users.

The decision resulted in an unprecedented mobilization of Moroccan social media users, who launched a campaign to “unlike” the Facebook pages of the three telecom providers. Within few days, Maroc Telecom, Meditel and INWI lost close to 600,000 followers combined.

The mobilization was followed by the decision made by many participants in Maroc Web Awards to withdraw from the competition in protect against the ban.

“Today, given the current situation -independent of our will- and in order not to harm the MWA and the web community, we announce our withdrawal from this year so that the event can take place and reward the talents of the Moroccan web for the year 2016 “, a statement from the telecom provider written in Arabic said.

Echoing the frustration expressed by millions of Moroccans, INWI pointed  out that the decision to ban VoIP calls was made by the ANRT, adding that the company “does not benefit from the ban.”

“We are extremely sensitive to the anger expressed by Internet users and the users of other telecommunications services, especially on social media,” it added.

Meditel, Morocco’s second largest telecom provider also said on Wednesday that the decision to ban VoIP calls was made by the ANRT, adding that the three telecom companies have to comply with the regulations by the telecommunication authorities.