Rabat - Two of the three suspects related to the Brussels attacks on Tuesday were Belgian brothers with criminal histories named Ibrahim el-Bakraoui, aged 29, and Khalid el-Bakraoui, aged 27, Belgian authorities said on Wednesday. A manhunt for the third suspect is still ongoing, they added. 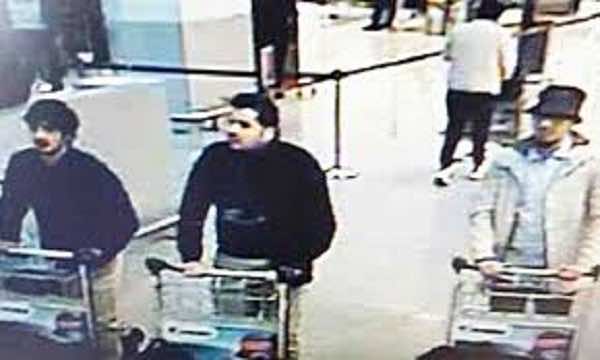 Rabat – Two of the three suspects related to the Brussels attacks on Tuesday were Belgian brothers with criminal histories named Ibrahim el-Bakraoui, aged 29, and Khalid el-Bakraoui, aged 27, Belgian authorities said on Wednesday. A manhunt for the third suspect is still ongoing, they added.

The pair had no known connections to terrorism until security forces raided an apartment last week in the Forest district of Brussels as part of investigations related to the November 13th attacks on Paris, Frédéric Van Leeuw, a Belgian federal prosecutor told reporters at a press conference.

Ibrahim and another man detonated suicide belts at the Zaventem airport in Brussels. An hour later, Khalid blew himself up at the Maelbeek subway station near the European Union headquarters.

After the attacks, a taxi driver led investigators to a house on Rue Max Roos in Belgian capital city, where they found Ibrahim’s last will in a computer that had been tossed in a trash can.

According to the New York Times, Ibrahim said he felt his security was compromised, did not know what to do and feared that he would end up in jail “next to him in a cell.”

Authorities suspect that “him” refers to Salah Abdeslam, who was captured on Friday and charged with conducting terrorist activities related to the Paris attacks.

Investigators also found around 40 gallons of acetone and nearly eight gallons of hydrogen peroxide, both among the ingredients required to make TATP – the explosive substance used by the Paris attackers. Detonators, a suitcase full of nails and screws, and other materials were also found.