Rabat - The taxi driver that led Belgian officials to the safe house of three brothers who recently committed suicide attacks in Brussels was of Moroccan descent, according to the American news site The Daily Beast quoting “sources in the position to know.” 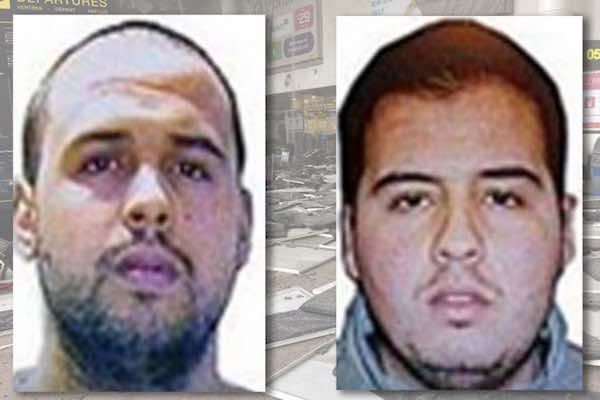 Rabat – The taxi driver that led Belgian officials to the safe house of three brothers who recently committed suicide attacks in Brussels was of Moroccan descent, according to the American news site The Daily Beast quoting “sources in the position to know.”

The unidentified driver, whose name has not been disclosed by officials, became suspicious of the way his passengers – Ibrahim el-Bakraoui, Khalid el-Bakraoui, and Najim Laachraoui, – handled their luggage as he drove them from an apartment to the Zaventem airport on the day of the attacks.

According to the driver’s testimony, the passengers did not allow him to help them load their suitcases into the vehicle and did not seem keen on letting him touch the bags at all. The el-Bakraoui brothers and Laachroui – all of Moroccan descent – were originally planning to take five suitcases packed with explosives to the airport, but were forced to take three because of the size of the sedan.

Belgian officials followed the driver to the address he had picked up the terrorists from early Tuesday morning. The apartment they arrived at was located in the Schaerbeek district of Brussels – a neighborhood considered to have a high concentration of residents originally from a Muslim country. There, they uncovered a safe house equipped with tools and chemicals necessary to formulate explosives.

Investigators found around 40 gallons of acetone and nearly eight gallons of hydrogen peroxide, both among the ingredients required to make TATP – the explosive substance used by the Paris attackers. In addition, they discovered detonators, a suitcase full of nails and screws, and other materials.

Authorities also recovered Ibrahim’s last will from a computer that had been discarded in a trash can.

According to the New York Times, Ibrahim said he felt his security was compromised, did not know what to do and feared that he would end up in jail “next to him in a cell.”

Authorities suspect that “him” refers to Salah Abdeslam, who was captured on Friday and charged with terrorist charges related to the Paris attacks.

On Thursday, Turkish President Recep Tayyip Erdogan said Ibrahim had been arrested in Gaziantep in southern Turkey near the Syrian border mid-2015. From Turkey, he was deported to Holland and then again to Belgium, officials said.

According to Erdogan, Belgian authorities did not confirm the the older el-Bakraoui’s links to terrorism “despite our warnings that he was a foreign fighter.”