Brussels - The first Moroccan victim of terrors attacks that hit Brussels has been formally identified, diplomatic sources in Brussels said. 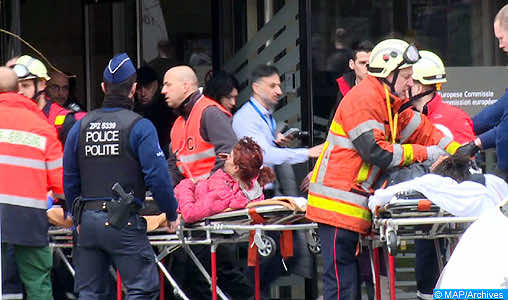 Brussels – The first Moroccan victim of terrors attacks that hit Brussels has been formally identified, diplomatic sources in Brussels said.

The victim is Loubna Lafquiri, a Belgian-Moroccan woman, who was born in the city of Salé (Rabat Twin-city), the sources pointed out, adding that Lafquiri was married and mother of three children.

She died in the attack that hit a metro station in Brussels, according to the same sources.

Following the terrorist attacks that hit on Tuesday Brussels, Morocco’s embassy and consulates general in Belgium announced the possible death of one person, in addition to four missing, one seriously injured and several slightly injured Moroccan nationals.