Rabat - The Council of Europe (CEU) has published on its official website the appeal it lodged in order to revoke the ruling issued by the European Court of Justice (ECJ) last December, which had annulled the agriculture agreement signed between Morocco and the EU in 2012. 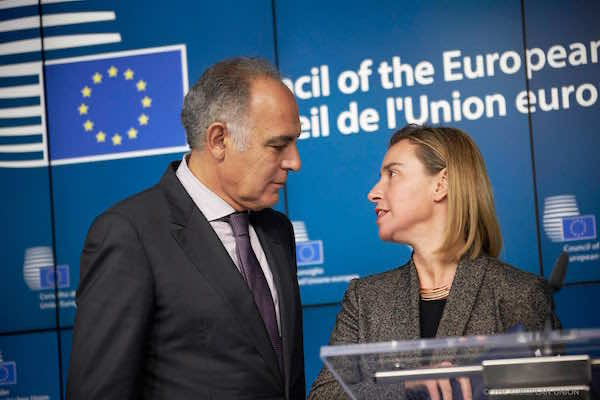 Rabat – The Council of Europe (CEU) has published on its official website the appeal it lodged in order to revoke the ruling issued by the European Court of Justice (ECJ) last December, which had annulled the agriculture agreement signed between Morocco and the EU in 2012.

Last December, the ECJ said that when signing the 2012 trade agreement with Morocco, the EU did not verify whether the population of the so-called Western Sahara would benefit from Rabat’s alleged exploitation of natural resources.

Morocco rejected the ruling, and called on the European Union to resume its responsibilities according to the agreement.

Immediately after the ruling, the EU stressed its determination to appeal the ruling and most European countries reassured Rabat of their willingness to restore the situation to the previous status quo.

The Court’s ruling led to unprecedented tension between Rabat and Brussels. During a council of government meeting held on February 25, the Moroccan government decided to suspend contacts with the EU, except for exchanges, on the appeal related to the EU-Morocco agriculture agreement.

“The government denounces the political character of this decision, its unfounded arguments, its skewed logic and conclusions that are contrary to international law and UN Security Council’s resolutions,” Minister of Communications and Government Spokesman Mustapha El Khalfi told reporters at the time.

Rabat reconsidered its decision three weeks later and decided to resume contacts with the EU’s institutions after it received assurances from the EU that it would end the crisis created by the European Court of Justice.

During a visit to Rabat last March, the High Representative of the European Union for Foreign Affairs and Security Policy Federica Mogherini said Morocco-EU agreements “do not violate international law.”

In addition to demanding the annulment of the ECJ ruling, the Council of Europe demands that the Polisario be ordered to pay the costs incurred by the Council at first instance and in this appeal.

To back up its decision, the CE argues that the ECJ ruling had six errors of law.

“First, the Commission considers that the Tribunal made an error of law in finding that the applicant had standing before the court of the European Union,” reads the appeal published on the Council of Europe’s official website.

Second, the CE argues that the Court “committed an error of law in finding that the applicant was directly and individually concerned by the annulled decision.”

Third, it alleges that the Court committed an error of law in basing the annulment it delivered on a medium that had not been invoked by the petitioner and on which the Council did not have the opportunity to defend itself.

Fifth, the Court committed an error of law in concluding that the Council was required to consider, before adopting the annulled decision, that there was no evidence of any exploitation, under the agreement concluded by that decision, of the natural resources of the territory of the Western Sahara under Moroccan control at the expense of its people and to undermine their fundamental rights.

The Council further argues that the Court “committed an error of law by deciding a partial annulment of the contested decision, which resulted in changing it substance.”