Dutch - Moroccan Ahmed Aboutaleb, mayor of Rotterdam, has been voted Manager of the Year in The Netherlands for a second time in a row through a survey conducted by the local magazine Binnenlands Bestuur. 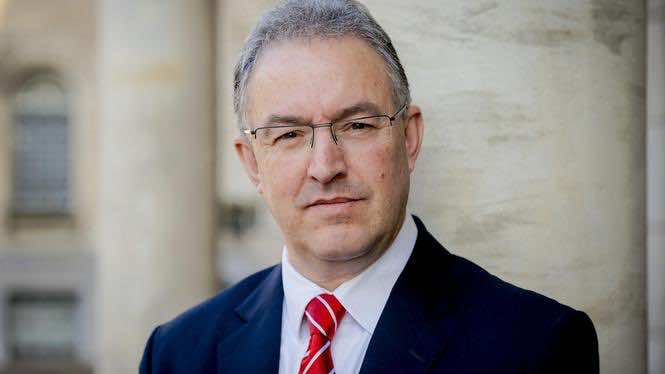 Dutch – Moroccan Ahmed Aboutaleb, mayor of Rotterdam, has been voted Manager of the Year in The Netherlands for a second time in a row through a survey conducted by the local magazine Binnenlands Bestuur.

Aboutaleb made international headlines in January last year for his comments following an attack by Al-Qaeda on the headquarters of the controversial French magazine Charlie Hebdo, which had published a cartoon of Prophet Mohammed – a taboo in Islam.  The incident led to the death of 11 people and the injury of 11 others.

Just days after the attacks, Aboutaleb told the current affairs show Newshour that “if [Muslims] do not like it here because some humorists [they] don’t like are making a newspaper, may I then say you can f*** off.”

One of Bestuur’s editors said the mayor victory signals perceptions in the Dutch public that he is “consistent” and unafraid to “use strong words to clarify his views. A leader who defends his ideas and his city.”

The 2015 survey named Aboutaleb as the most popular politician in the Netherlands and many respondents said he would make a good prime minister.

Aboutaleb was born to an imam and his wife in the year 1961 in Beni Sidel. At the age of 15, he travelled to the Netherlands and worked as a radio reporter and press officer for several different stations.

From 1998 to 2002 he led an annual forum for multicultural issues, after which he began a steady rise up the political ladder in Holland.  In 2002, Aboutaleb because a sector director for the city of Amsterdam and by 2004 he became a councilor for the Labour Party in the same city.

On October 31, 2008, the government appointed him Mayor of Rotterdam, the first Muslim person to be a mayor in the Netherlands.