Cairo - Egypt said on Friday its navy had found human remains, wreckage and the personal belongings of passengers floating in the Mediterranean. 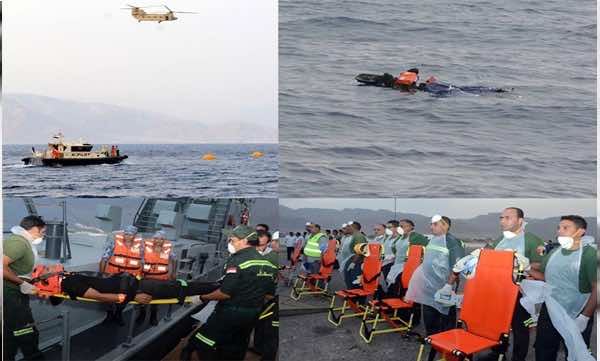 Cairo – Egypt said on Friday its navy had found human remains, wreckage and the personal belongings of passengers floating in the Mediterranean.

“The Egyptian navy was able to retrieve more debris from the plane, some of the passengers’ belongings, human remains, and plane seats,” the Civil Aviation Ministry said in a statement.

There was no sign of the bulk of the wreckage, or of a location signal from the “black box” flight recorders.

A European satellite spotted a 2 km-long oil slick in the Mediterranean, about 40 km southeast of the aircraft’s last known position, the European Space Agency said.

The plane vanished just as it was moving from Greek to Egyptian airspace control. Greek Defense Minister Panos Kammenos said it had swerved radically and plunged from 37,000 feet to 15,000 before vanishing from Greek radar screens.

The aircraft was carrying 56 passengers, including one child and two infants, and 10 crew. They included 30 Egyptian and 15 French nationals, along with citizens of 10 other countries.