Rabat - The draw for the third round of African Zone qualifiers for the 2018 FIFA World Cup took place on Friday in Cairo, Egypt.

Rabat – The draw for the third round of African Zone qualifiers for the 2018 FIFA World Cup took place on Friday in Cairo, Egypt.

Morocco was placed in Group C with Cote D’Ivoire, Gabon and Mali.

Out of the twenty African teams that will be competing in this third and final stage of the preliminary competition, only five teams will qualify to FIFA World Cup, scheduled to be held in Russia in June-July 2018.

Morocco did not qualify to the competition since the 1998 France World Cup.

The 20 countries qualified for the final round were divided into four groups. The first of each group qualify to the World to be held in 2018 in Russia.

The composition of the 5 groups is as follows: 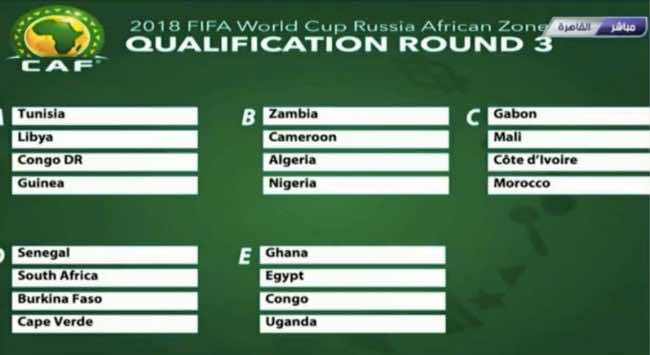