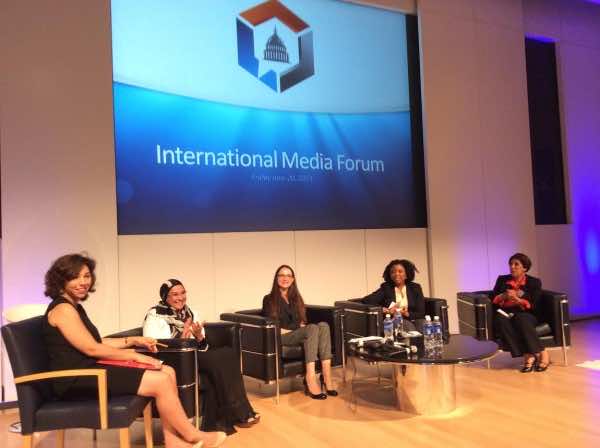 Rabat – Washington, D.C. will host the International Media Forum’s second conference this coming September, after a successful first conference in 2014.

Many Moroccan and American media personalities, academics, and representatives are expected to offer their insights regarding media development for a better diplomatic relationship between Morocco and the United States.

In addition to the topic of improving media relations between the US and Morocco, the forum’s symposiums will cover new media technologies, the formation of public opinion, media coverage of Moroccan and American politics as a tool for understanding foreign politics, and last but not least, digital media from a gender perspective.

This forum will also be an occasion to congratulate and reward the Moroccan and American media professionals who have had a positive impact on fortifying their countries’ ties with one another.

The gathering will also encapsulate various artwork and discussions around successful experiences of economic investors in the U.S, highlighting the investing qualifications that Morocco offers.

“This second annual media forum is a great platform to meet all journalists from Morocco who work in the US. It is also an opportunity to widen our reach and meet other journalists from the US,” commented Mohamed Hajjam, American businessman and media producer.

“Our goals is to honor our Moroccan journalists and keep it a tradition,” he added.

The Moroccan-American network, which is based in Washington D.C., was initially launched in June of 2014. The International Media Forum’s first gathering featured distinguished political and media professionals in Morocco and the United States.

This International Media Forum is the first of its kind, as no other international forum in the past has focused on Moroccan and American media relations and diplomatic ties. It has also been a pioneer in contributing meaning to the way in which Moroccan media is defined.