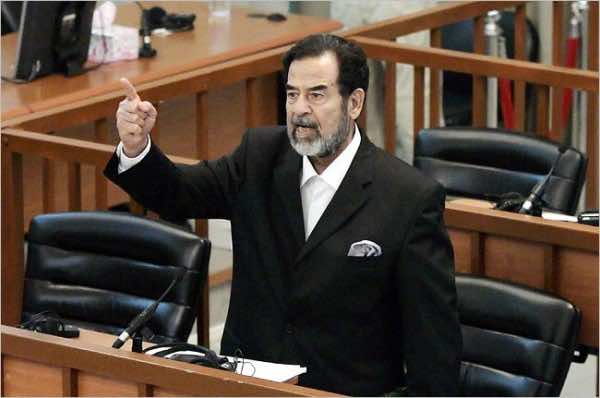 Rabat – A short novel written by late Iraqi president Saddam Hussein is set for its first English-language release in December, marking the tenth anniversary of his death, as reported by The Guardian.

The novella has been published several times – in Arabic, Turkish and even Japanese – under the title of either, ‘Begone, Demons’ or ‘Get Out, You Damned One,’ but never into English.

Its independent London-based publisher, Hesperus, described the piece as “a mix between Game of Thrones and the UK House of Cards-style fiction,” as reported by Al Arabiya English. Hesperus has yet to announce what its English title will be.

The novella focuses on a tribe living in the Euphrates River 1500 years ago that ousts an invading force, reports the Guardian.

The book was written and finished shortly before the 2003 US invasion of Iraq, where US troops dragged the dictator from his hideout and was executed by Iraqi authorities three years later.

In 2005, the New York Times commented that the book was a “forgettable piece of pulp” that “will not win any literary awards,” according to Al-Arabiya English.

During his life, Hussein published three novels under the pen name “the Author.” In 2000, he wrote “Zabibah and the King,” with Zabibah representing the Iraqi people and her cruel, rapist husband symbolizing the US.

This was followed by The Fortified Castle, a political novel released in 2001, and a thinly-disguised autobiographical novel, Men and the City, which came out in 2002, according to the Guardian.