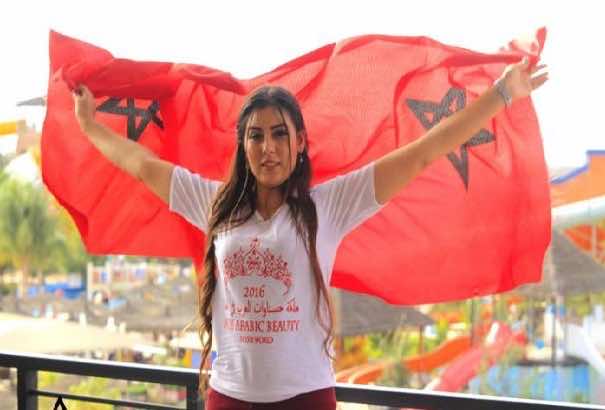 Rabat – Morocco’s Najlae El Amrani was elected Miss Arabic Beauty 2016, in a beauty pageant that saw the participation of 14 women from around the world, according to the Huffington Post Maghreb. The competition was held from July 12 to 16 in Marrakech, featuring the best Arab designers and fashion experts.

The contestants were judged based on their elegance, comportment, and beauty. The Huffington Post Maghreb reported that El Amrani won a prize of $10,000.

Other honors in the competition included Miss Modesty, a title given to Seham Ben Yessad from Algeria, Miss Engagement, given to Fadwa Madani from Italy, and Miss Elegance, given to Sara Ammarai from Tunisia.

The Moroccan stylists of Bo-Beldi made the competitors’ caftans, and Lebanese stylist Hanadi Aboud crafted wedding dresses for that aspect of the contest.

The winner was decided by the jury, which was made up of the competition director Gamal Abdenasser, Ahlam Aboudou, the specialist in protocol and elegance, Mostapha Citanak, a Turkish businessman, Fouad Ourzik, a beautician, Fouziza El Messaoudi, a nutritionist, Hana Hajj, a Lebanese journalist, and Dani Nour, a Lebanese artist.