Rabat - Casablanca security forces successfully thwarted an organized collective attempt to break out from the Juvenile Correction and Discipline Center in Oukacha Prison in Casablanca. 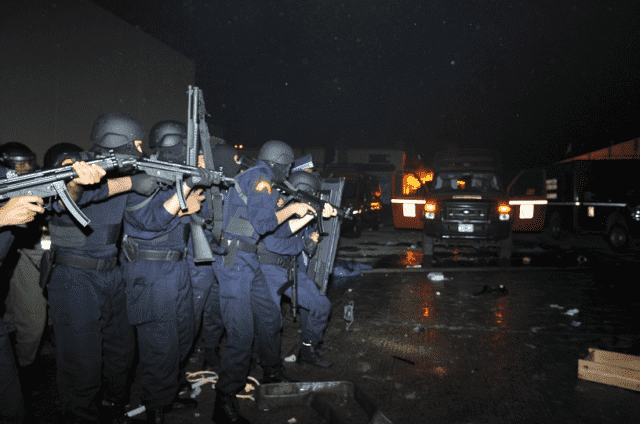 Rabat – Casablanca security forces successfully thwarted an organized collective attempt to break out from the Juvenile Correction and Discipline Center in Oukacha Prison in Casablanca.

According to Hespress, the attempt was undertaken yesterday around midnight by a group of minors, and compelled a special Commando Forces to intervene and use bullets to foil it.

A group of teenagers set fire to their mattresses to cause destabilization inside the prison and to urge the prison security and stuff to intervene and then escape.

According to eyewitnesses, the delinquents used three trucks in their attempt at the breakout. However, the rapid intervention of the security forces and their use of bullets stood in the way of their escape from the prison.

Sources in the Civil Protection, which refused to give statements related to the use of firearms by the security forces, told Hespress that the fire caused by the inmates did not result in any serious injuries

According to the same source, security forces surrounded the prison whereas another squad stepped in and got the prisoners out to the yard to prevent further injuries and to control the situation.

Soon after hearing the news of the attempt and the fire that blazed the department for juvenile delinquents, the families of prisoners flocked in hundreds to Oukacha prison to check on their family members.

A video posted by Hibapress, which has gone viral on social media in a short time, shows family members of the inmates faint in front of the prison, while others call on law enforcement officers update them about the situation of their loved ones.