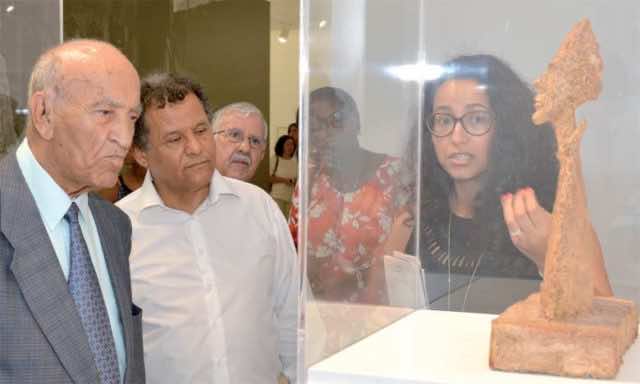 Rabat- Abderrahmane Youssoufi, the former prime minister of Morocco, called on politicians to give priority prioritize to culture.

During a visit to the Mohammed V of Modern and Contemporary art, Youssoufi told MAP that “our attention [during the Youssoufi administration] focused primarily on helping engineers and ministers so that everyone, according to their position, can play a role in enhancing culture.” He added that he was very happy to be in the museum, which was a significant project during his time in office.

Youssoufi praised the initiative of the National Foundation of Museums to open public museums for free on Fridays, throughout different cities in the Kingdom. He calls on more intellectuals and media groups to “encourage the potential of different social groups in order to make culture the primary source of interest.”

Mehdi Qotbi, the president of the National Foundation of Museums, thanked King Mohammed VI and Youssoufi for their support of “the artistic, scientific and political.”

“We are very pleased that Mr. Youssoufi took the time to discover this beautiful exhibit of Giacometti and be among the 20,000 Moroccans who came since opening,” he added.

The Giacometti exhibit has been open since April 20th and will continue until September 4th. It is produced by the National Foundation of Museums and the Giacometti Foundation, and includes more than 100 works of art.