Rabat - A United Nations investigation finds there was no sign of any Moroccan military activity in the Western Sahara. 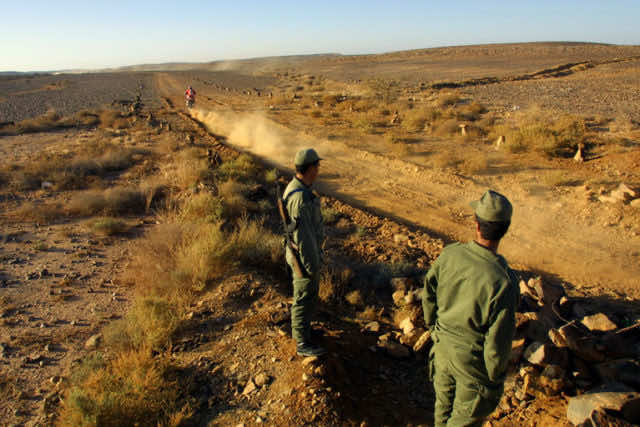 Rabat – A United Nations investigation finds there was no sign of any Moroccan military activity in the Western Sahara.

The Polisario Front, a separatist group that claim to represent the Saharawis, had protested to the United Nations that a large number of Moroccan military units had crossed over the Sand Wall, which marks a buffer zone between the Moroccan territory and the Tindouf camps, in southeastern Algeria.

The United Nations Mission for the Referendum in Western Sahara (MINURSO) was established in 1991 to monitor the region, demine the buffer zone, and maintain the ceasefire between the Polisario Front and Morocco.

Crossing the Sand Wall would have been a violation of that ceasefire agreement on the part of Morocco.

“MINURSO has not observed a military presence or equipment in the buffer strip,” said Farhan Haq, UN Deputy Spokesman for the Secretary-General.

MINURSO, Farhan said, had deployed ground and air capabilities to investigate allegations of violations in the southwestern part of Western Sahara near Mauritania and observed civilian vehicles crossing the Sand Wall but did not see military units.

Morocco’s Interior Ministry said security forces have been carrying out an operation near the Mauritanian border in order to stop “smuggling rings and illegal commercial trade”.

The Polisario Front had fought a guerilla war against Morocco for 15 years.  A ceasefire was agreed to in 1991.

The Northwest African region has seen heightened conflicts after a diplomatic row in which UN Secretary-General Ban Ki-moon used the term “occupation” earlier this year to describe Morocco’s sovereignty over Western Sahara.

Morocco reacted by forcing the expulsion of all 84 international civil servants from the region and cut off funding of  $3 million. The civil servants were integral to the support of 242 peacekeeping troops and military observers in MINURSO.

In July, Morocco allowed 25 civil servants to return to the region to provide logistic support for the peacekeeping operation.

In April, the Security Council adopted Resolution 2285, which extends MINURSO’s mandate in the region until April 2017.

The territorial dispute over the Western Sahara has been in standstill since 1991. After more than 12 years of vain attempts to hold the referendum, in 2004 the UN Security Council called on the parties to work towards achieving a mutually acceptable political solution.

In April 2007, Morocco presented an Autonomy Plan that was described as “serious and credible” by the Security Council. The said plan proposes significant autonomy for the Sahara with a local government and a parliament, within Moroccan sovereignty.

The Polisario Front, supported by Algeria, rejects the Moroccan plan and claims the people of the Sahara should have a right to self-determination through a referendum.

Moroccan officials have emphasized on many occasion that the autonomy plan is all Morocco can offer to put an end to the territorial dispute.