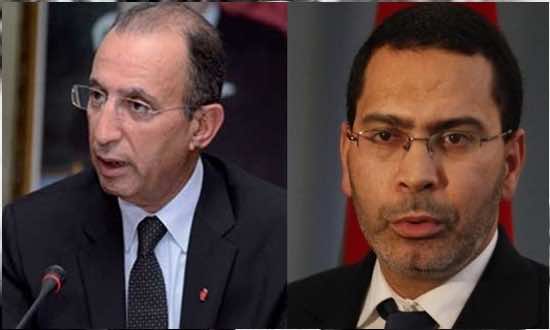 Morocco dispatched its gendarmerie or police forces into the region to stop drug trafficking on August 15.

“This operation takes place because of the danger of insecurity in this region which is witnessing the prevalence of drug trafficking and trade and other illicit practices, besides the obstacles that stood in front of the traffic flow to Mauritania,” Khalfi said in a presentation following the Government Council meeting.

The Polisario Front, a separatist movement based in Tindouf, Algeria, made claims that Morocco’s police operations were in violation of the longstanding ceasefire agreement monitored and maintained by the U.N. peacekeeping mission, MINURSO.

The separatists accused Morocco’s police forces of crossing the berm into disputed territory which would have been a direct violation of the ceasefire agreement.

MINURSO investigated the accusation and reported that it found no sign of any suspicious military activity nor breach of territory on the part of Morocco.

“The mission observed what were assessed as civilian vehicles moving across the berm but was not able to determine additional information,” said Farhan Haq, UN Deputy Spokesman at a press conference in New York last month.

Despite this report from MINURSO, the Polisario Front dispatched armed militants to confront the police operations and stop the building of a new road which will connect to Mauritania.

Hassad also said all police operations were carried out in full compliance with the provisions concerning the ceasefire, in particular the military agreement No.1.”

“Mililtary Agreement No. 1” was signed in 1998 by both the Royal Moroccan Army and the Polisario Front and restricts the movement of military forces within the buffer zone.

The Moroccan government maintains that Gendarmerie do not constitute military forces and that its army did not enter nor traverse the buffer zone.

The “clean-up operation” conducted in Guergarate region in the “Moroccan Sahara will continue in accordance with the goals set and in coordination with MINURSO,” the government’s spokesperson said yesterday.

”The Government, all the active forces and the Moroccan people remain mobilized around HM King Mohammed VI to face all provocations and maneuvers,” he added.